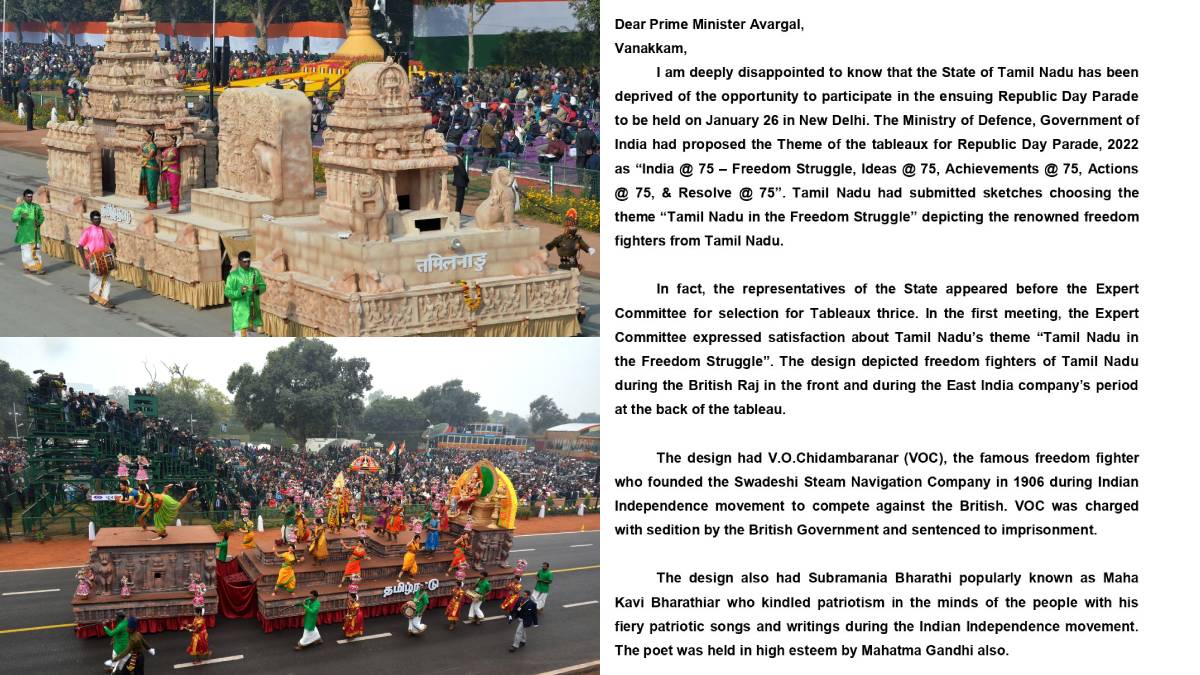 Of these, only models from 12 states have been taken and approved. A decorative vehicle model was sent on behalf of the Government of Tamil Nadu for the Republic Day celebrations. It featured photographs of freedom fighters martyrs Veeramangai Velunacharyar, Kappalottiya Thamizhan V.O.C and Bharathiar, who nurtured a sense of liberation.

The Central Government has rejected the vehicles provided on behalf of Tamil Nadu. They said they only knew Bharathiyar in the models in the decorative vehicles, and they did not know the leaders like V.O.C, Velunacharya. According to sources, the government has said that it will only accept vehicles carrying the most famous freedom fighters.

In this situation, DMK MP Kanimozhi has condemned the Central Government for rejecting the Tamil Nadu decorative vehicle designed for the Republic Day celebrations.

Kanimozhi tweeted, "The action of the Central Government in rejecting the decorative vehicle of Tamil Nadu designed for the Republic Day celebrations is highly objectionable. The sacrifices of Veeramangai Velunachchiar, the VOC and Bharathiar are present in the lives of every Tamil people."

In my letter to Hon'ble Prime Minister Thiru @NarendraModi, I've requested his urgent intervention to arrange to include the tableau of Tamil Nadu as this is a matter of grave concern to the State of Tamil Nadu and its people. pic.twitter.com/0byXlYStCc