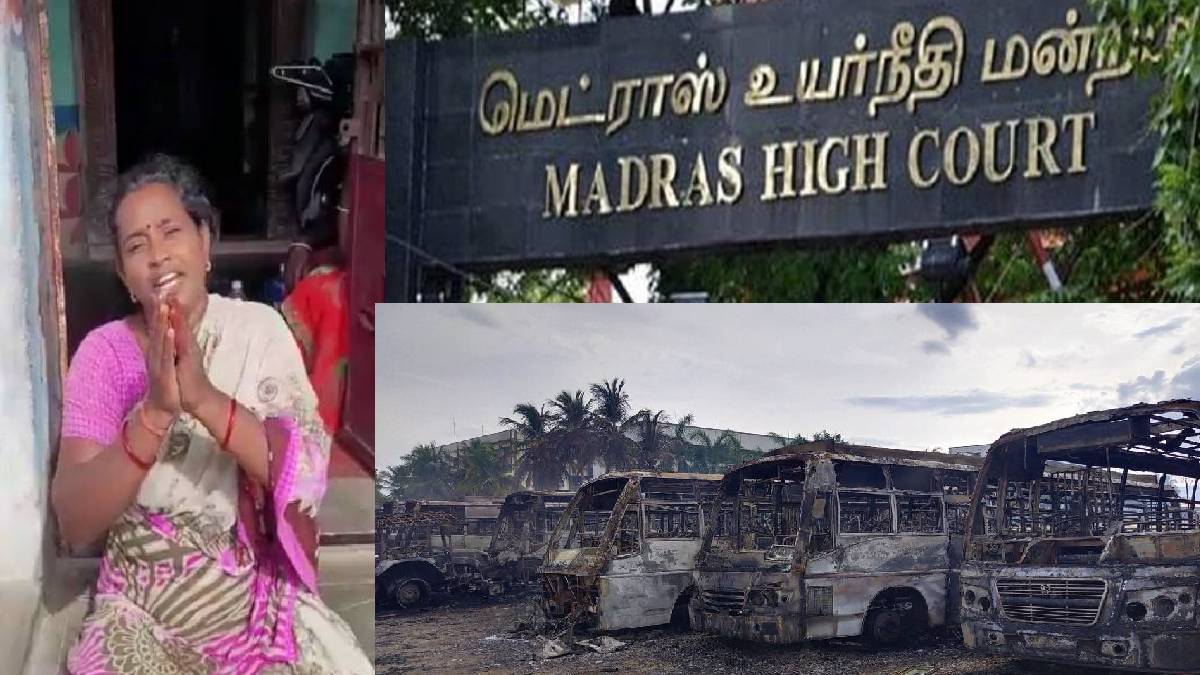 Five people arrested in the Kallakurichi Srimathi death case will be produced before the judge through video call. Five people in Salem Central Jail are being arraigned today through video because there is no security to escort them.

Srimathi's suicide case turned out to be an unforgettable incident for the private school owners and management. The case in connection with the student's death is processing, and the updates are coming during every hearing.

The protest over the death turned out to be riots on July 17. Rioters got inside the school and ransacked the school. It was confirmed that it was a well-planned riot, and those who were engaged in the riot were arrested by the video evidence. After many disagreements, cases and arrests, the student Srimathi's final rituals were made ten days after her death.

In this situation, Kallakurichi Shakthi School student Srimathi's mother and maternal uncle Senthil Murugan filed against the bail petition of school administrators in Villupuram women's court. It is to note that the hearing on the bail petition is about to start soon.