Save Surjith: Overview of Complete Timeline from Day 1 and Till Now 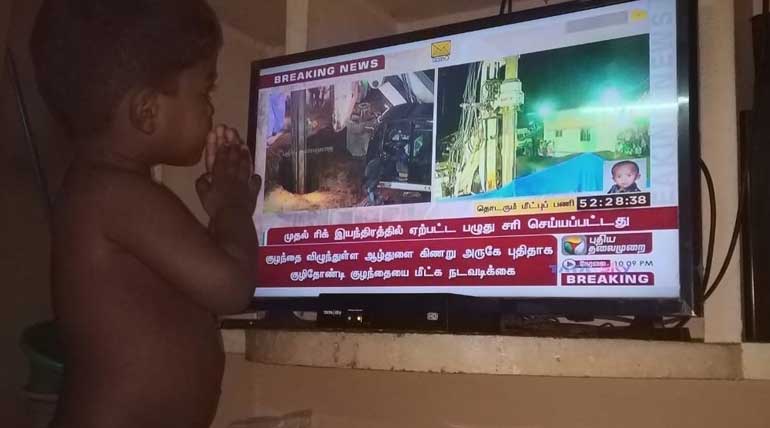 Timeline of Surjith in the borewell hole - but how long? The clock is ticking. Now it shows more than 62 hours of Surjith being held in the hole at Nadukkattupatti in Tiruchi. Prayers for baby Surjith has gone national with Rahul Gandhi expressing his concern for the safety of the child. There are requests from all corners for the past 62 hours.

But what is happening in ground zero Nadukkatipatti for the past 62 hours? A timeline of the three-day events and rescue operations of NDRF, SDRF, Fire fighting personnel, ONGC, NLC, IIT, Anna University, ministers, collectors, police officials are all doing include

The clock is ticking, will Surjith be saved, the whole nation awaits the news.