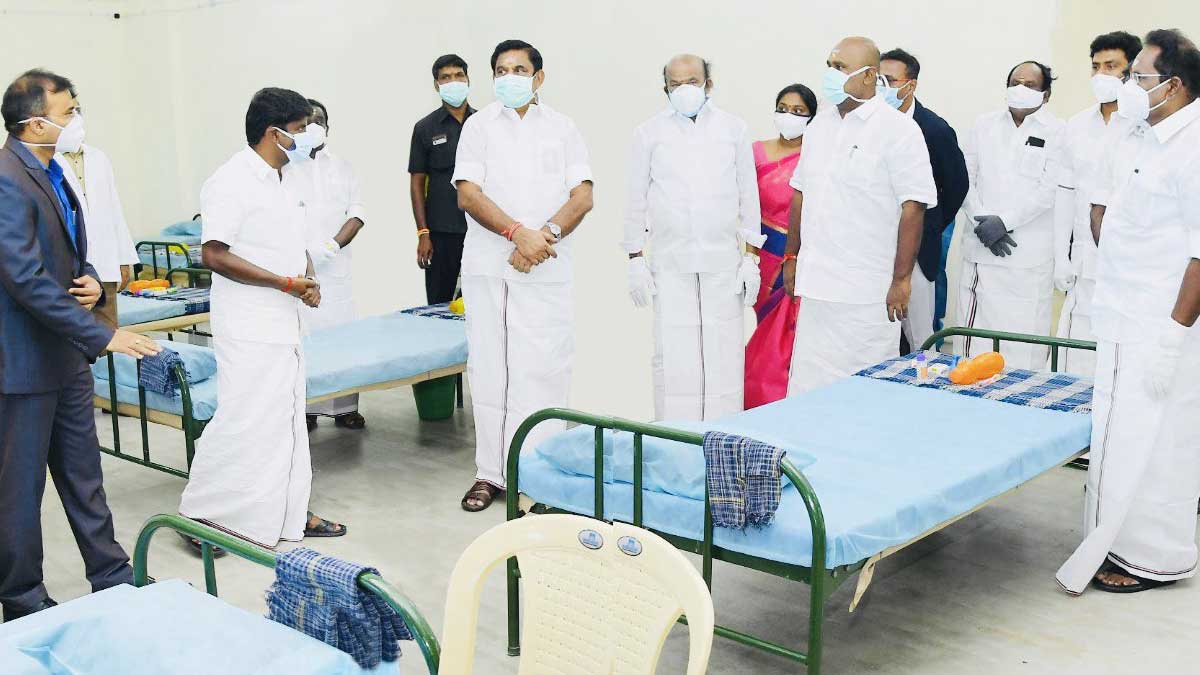 It is the world's highest daily case, even above the US and Brazil for the past few days. Experts confirm if the same rate continues, it will beat Brazil to come to the second position in the list of countries worst hit by Covid 19.

Tamil Nadu still retains the second position in India with a continuous high number of new cases. Yesterday also it reported 5,880 cases to take the total tally to 2,85,024. And the other worrying issue is the daily increase of deaths in the state, especially in the districts which accounted for 97 deaths yesterday.

But the only good news is of the increased recovery of patients with 6,488 discharged yesterday. It brings down the active cases to only 52,759 in the state, which is at a recovery rate of more than 80 %, far higher than the national recovery rate.

On January 30 India recorded its first covid 19 cases in Kerala. On May 19, it crossed 1 lakh, and on June 17 it crossed ten lakhs. Within 20 days on August 6, it doubled to 20 lakhs. In June alone, there were nearly 10 lakh new infections.

In August already, it is nearing four lakhs. In the remaining 24 days, how many lakhs it is going to cross is even alarming to think. Exams for students, regular work for people, theaters, and education institutions are still closed, and no one knows when they will open again.

With Chennai reporting only 984 cases nearly after two months, it is the districts which are now to cross the 5,000 new cases. Yesterday the other districts reported 4,896 cases. And the bigger issue is the 97 deaths reported from the districts, which is alarming as medical infrastructure in districts are not to the level of Chennai.

And people are only coming to the hospital at advanced stages of infection to increase the deaths and spread the virus in their villages. Hence there is a continuous rise in the new infections and deaths in districts.

The three Chennai neighboring districts, though did not much rise in new infections, had maintained their high increase in deaths, including Chengalpattu - 319 and 8 deaths, Kancheepuram - 166 and 5 and Tiruvallur - 388 and 6 deaths.

The second-tier cities had nominal new infections that include Coimbatore - 228 and 5 deaths, Madurai - 109 and 2 deaths, Salem - 168 and 6 deaths, and Trichy - 105 and no deaths. The districts with a rise in new infections yesterday include