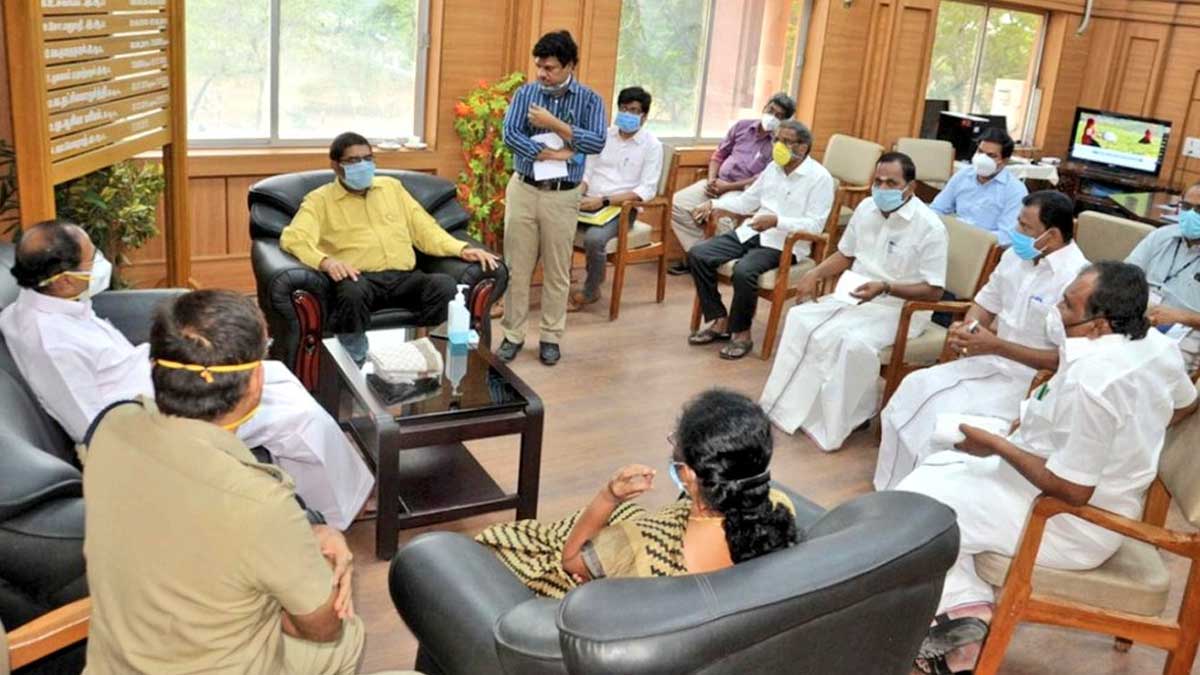 Again it is the districts to report nearly 5,000 cases for the third consecutive day. Former president Pranab Mukherjee is said to be in serious condition under ventilation support after removal of brain tumour and with testing positive to COVID 19.

The Tamil Nadu chief minister along with seven other CMs are meeting the prime minister to decide on transport, education institutions and other issues related to Covid 19.

In the last 24 days, it added 12 lakh cases on an average of 50,000 cases daily. It is in the worst position of having the highest new infections worldwide in August with a count now at nearly six lakhs.

The low number of cases in Chennai is even after more than 10,000 PCR tests in the total 67,153 samples tested in Tamil Nadu yesterday. While the rise of deaths above 5,000, which is more than 11 % of India's deaths is alarming, only 53,099 active cases of the total of more than 3 lakh positive cases give some reprieve.

Again 4,938 positive cases are reported from the other districts. Also, the 89 deaths reported through reducing from the last two days is a cause of continuous worry for the people and the government. It is what is stopping the public transport, not able to abolish the e-pass system and many other difficulties.

The three neighboring districts to Chennai are the most affected yesterday also. It includes Chengalpattu - 483 and 5 deaths, Kancheepuram - 310 and 3 deaths, and Tiruvallur - 399 and 4 deaths. Though Chennai has gone below half of its peak infections, these three districts are not that much reduced in the new cases or deaths.

It is even after many parts of these three districts were also under intense lockdown along with Chennai for more than 15 days.

With India only rising in infections in the last few days even above the two countries which are in the top two positions of worst-hit countries by COVID 19, the situation is pathetic. Russia is planning to register the first COVID 19 vaccine in October and also start administering it for its citizens.

Only such a vaccine is the only hope for India now. Also, today's meeting of CMs including the Tamil Nadu chief minister with the prime minister, will bring what all relaxations will be known soon.