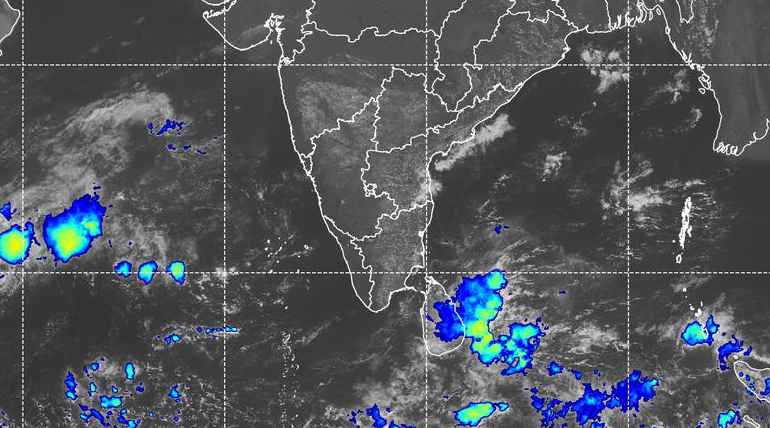 Tamilnadu and Pondicherry rain will continue this week, NCEP & RMC forecast: According to the US weather forecast system, the Northeast monsoon in Sri Lanka, Tamil Nadu, and Pondicherry is about to extend for another then days.

Another weather report states that, due to the Equatorial Bay hosting the last Low Pressure of the season in a day or two, Tamilnadu may experience light to moderate showers, including Chennai.

As per the Indian Meteorological Department (IMD), a low-pressure area persists in the Srilankan coast due to the easterly wind regime over the South-West Bay of Bengal. This depression of eastern waves roams over the South-West Arabian Sea around 830 km East-South-East off Socotra Island (Yemen) and more than 1,670 km West-South-West of Kochi. The Chennai International Airport declares the eight-minute arrival and departure delay due to the foggy weather experiencing the maximum temperature of 29-degree celsius.

Light showers are expected in some parts of the Chennai city. In the last 24 hours, the amount of heavy rainfall recorded 4 cm in Nagapattinam and 3 cm each at Papanasam, Sivagiri, Thirumanur, and Pamban. Similarly, heavy rains are expected in Ramanathapuram, Thoothukudi and Tirunelveli districts over the next 48 hours.

Due to the accumulation of clouds in the atmospheric crust, it rains in the early morning and evening hours, lasting for two days. But there are not enough conditions for heavy rain. The overlay cycle is currently evolving in the South East of Sri Lanka, and the RMC forecast department advises Fishermen not to go fishing in those areas.