The Commemoration of the Death of 44 At Keezhvenmani Massacre 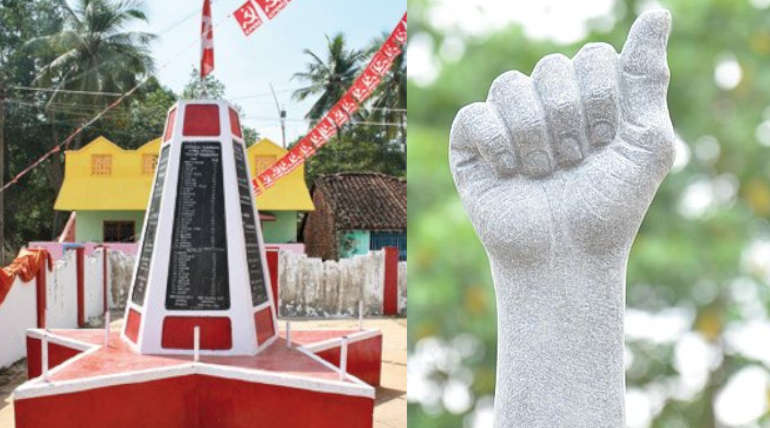 The Commemoration of the Death of 44 At Keezhvenmani Massacre

44 people burnt alive 40 years ago on this day in Keezvenmani: Exactly forty-one years back, forty-four people were burnt alive, including a three-year-old infant Selvi and seventy-years-old Suppan in Keezhvenmani or Kilvenmani. On December 25, thousands of people paid respects to them near the martyr pillar erected in Keezhvenmani. Communist party people, along with the general public, also pay their respects at the martyr memorial.

Keezhvenmani in Nagapattinam is the village where people belong to the Dalit community lived mainly. They lived by working in the cultivation lands of the landowners around the village. After a long struggle of being a slave to the owners, they planned to ask for a small rise in wages, the wages which were mostly paddy and other grains. The irritated owners planned to kill them, all refusing to raise the salaries.

On December 25, 1968, a two hundred strong mob belonging to the landowners seized the Keezhvenmani village. They started to shoot the innocent Dalit people. More than 44 people ran into a hut for safety. The mob set fire to the hut.  The hopeless people, who were trapped inside the hut, thrown a three-year-old infant out as the child could live. But the mob threw the child back to the burning hut to die. Four people unable to bear the heat came out of the hut to be only hacked to death by the mob. In the end, the government took the list of 44 dead people, and it came to be known as the infamous Keezhvenmani massacre around the world.

The landlords, instead of paying the meager extra pay, did the heinous crime of killing 44 people, including innocent children and helpless older people. While the main reason suggested for the massacre was the wages, the cast, and fear of losing slaves were the first set of reasons for this heinous crime.

Now people from all communities pay respect to the martyr's memorial every year on December 25 for the poor people who lost their lives for demanding a few more rupees as wages.