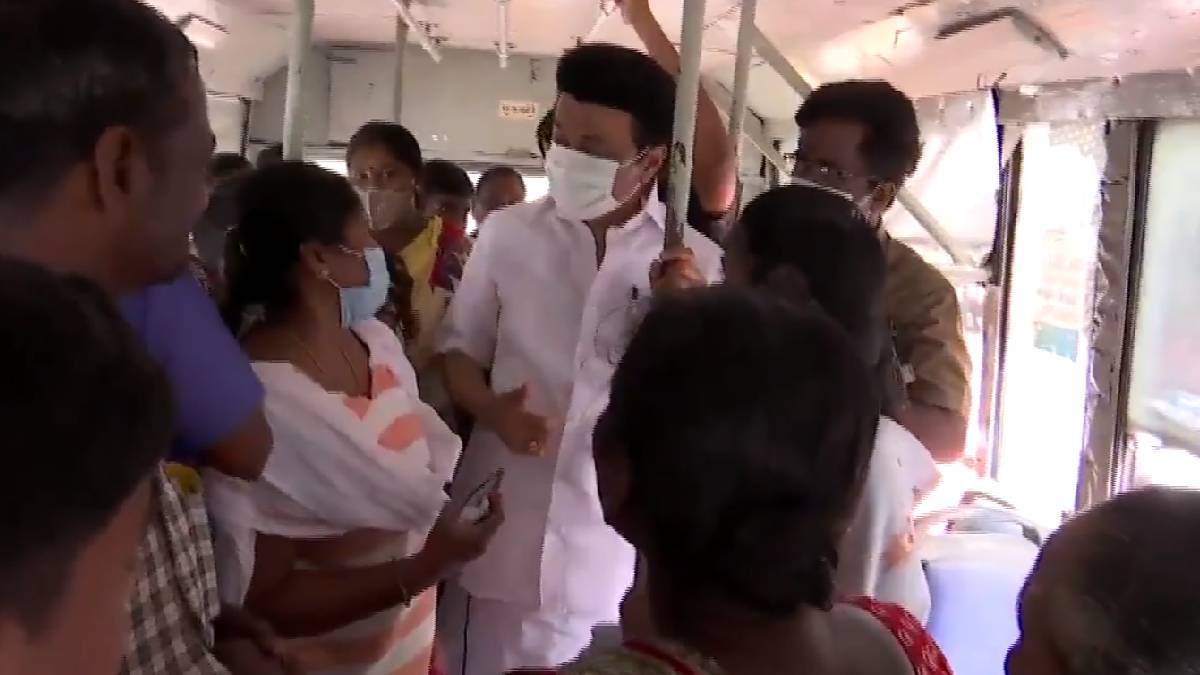 Chief Minister MK Stalin, who inspected the vaccination camp, boarded a government bus in the area and inspected it all of a sudden. The passengers took photos with CM Stalin with excitement.

The driver, conductor and passengers were pleasantly surprised to see Chief Minister M K Stalin boarding their bus. He heard complaints from all the passengers on the bus, especially women passengers.

He also asked the public what additional facilities were needed on the bus. He also advised the passengers to wear masks as few of them was not wearing masks in public. Stalin enquired whether the buses were coming on time? Are the free tickets for women useful? He even asked whether the free tickets were distributed correctly.

Chief Minister Stalin's sudden inspection of the public on the bus from Kannagi to T Nagar caused a great stir. It is noteworthy that some people who were on the bus took photos and videos of the event and posted them on social media.