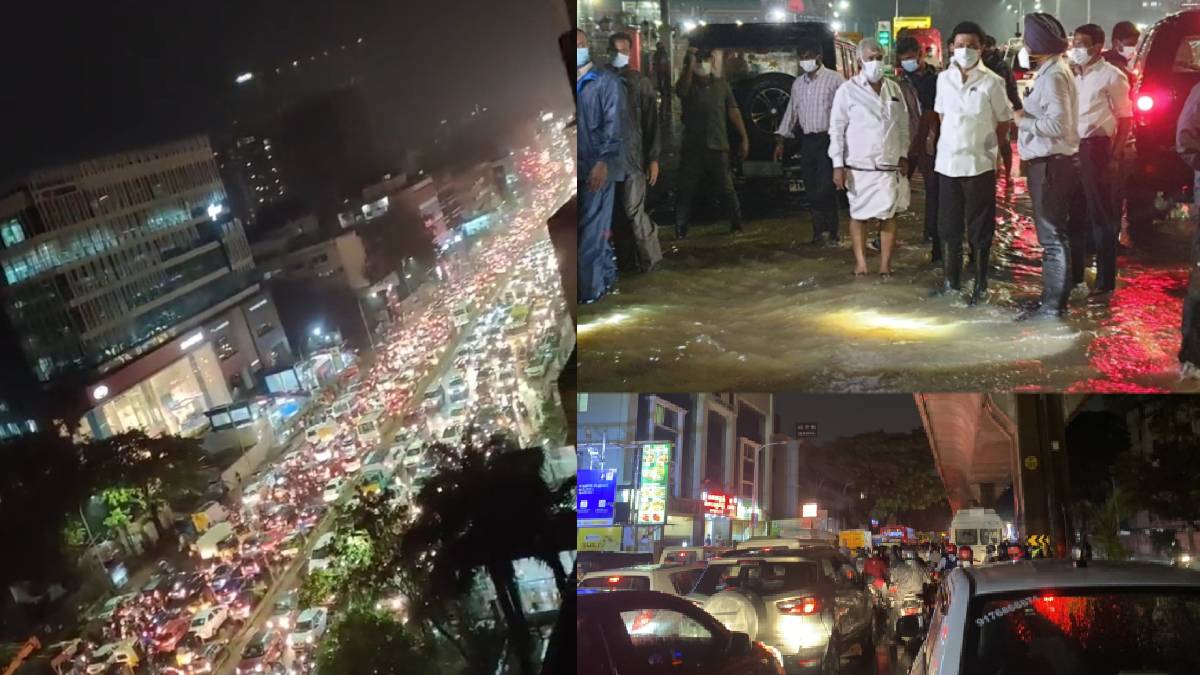 It rained continuously in Chennai for over 10 hours. As a result, floodwaters began to recede throughout Chennai. Rainwater has accumulated outside the house due to heavy rains.

Heavy rains lashed Chennai from yesterday afternoon. Heavy rains continued for more than 10 hours, causing floods across the city. Major roads such as Annasalai, Poonamallee Periyar Highway, Marina Kamaraj Road and 100 Road were severely affected by the floods. In some places where rainwater had accumulated, vehicles were diverted.

Over the past few days, the upper layer circulation of the atmosphere in the Bay of Bengal has been moving in a northerly and northwesterly direction. The cyclone approached the Tamil Nadu coast yesterday morning. Due to this, light rain started in Chennai at 11 am. After a while, the speed of the rain began to increase, which continued for hours.

The water level in Mylapore, Adyar, Thiruvananthapuram, Kotturpuram, Egmore, Central, Tondiarpet and Perambur was below knee level. Major roads such as Annasalai, Poonamallee Periyar Highway, Marina Kamaraj Road and 100 Road were severely affected by the floods.

Due to unpredictable rains, government offices, schools and colleges in Chennai, Tiruvallur, Kancheepuram and Chengalpattu districts will be closed today. After completing their offices yesterday, those who returned home were severely affected by the incessant rains till 6 pm in Chennai and the suburbs.