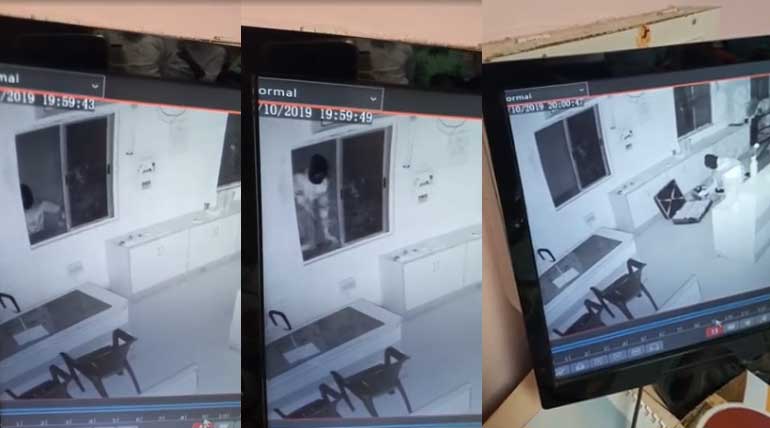 Trichy is in the wrong news of late. It seems that rock fort city is rocking with robbery and tragic incidents in the past few months. First, it was the Lalitha jewelry heist; next, it was the sad death of Surjit and now the BHEL robbery. For all this, the starting point was in January, when the Punjab National Bank was robbed.

All the thefts included crores of rupees. And only by catching Manikandan on his way back to Tiruvarur by a patrol team, the Lalitha jewelry heist master-mind Murugan was known and taken custody from Banglore police. It is now nearly a week of BHEL robbery of more than 1.47 crores on 30 October, Only yesterday on 6 November, the police released the video footage of the robber, who is wearing a raincoat, mask, and gloves, robs the money casually.

He even takes time to shift it to another bag, which he brought with him. Will the police catch the robber with more than one week from the robbery or will it also be on the backburner like the Punjab National Bank robbery from January to October is the question of millions of Tamil people.

What happened inside BHEL?

On 30 October, a robber coolly comes inside the BHEL Co-operative bank branch in Thiruverumbur, Trichy. He walks in a relaxed manner as if he is in his home and straight away goes to a particular place in the bank and brings a suitcase with the 1.47 crores and then transfers it into his bag and leaves within minutes. This BHEL Co-operative bank is for the welfare of the fifteen thousand BHEL employees in Tiruchi. It holds their hard-earned money in four branches, and this money is stolen from the Tiruverumbur branch. Ironically it is where the Banglore police took the Lalitha jewelry robbed jewels by bringing Murugan from Banglore.

Trichy police clueless after one week of BHEL robbery

Like the previous Punjab National Bank robbery during the starting of this year, no clue was found of the theft in BHEL until now by the Trichy police. It is almost a week now, and only the CCTV footage is circulated in the media now. Initially, the police had doubts about the Murugan gang being involved in the robbery, but now they are concentrating more on an insider job.

The robber was clear where the suitcase with the money is and walks straight away to it and robs the 1.47 crores is seen from the CCTV footage. It only confirms even for a layman that it is could be an insider job. But the police are only saying now that it could be an insider job. Moreover, all of Murugan's associates are currently in prison, and how could they have done the robbery.

Hope the Trichy police find the robbers soon to gain back the trust of people and also the hard-earned money of 1.47 crores of the 15,000 BHEL employees.