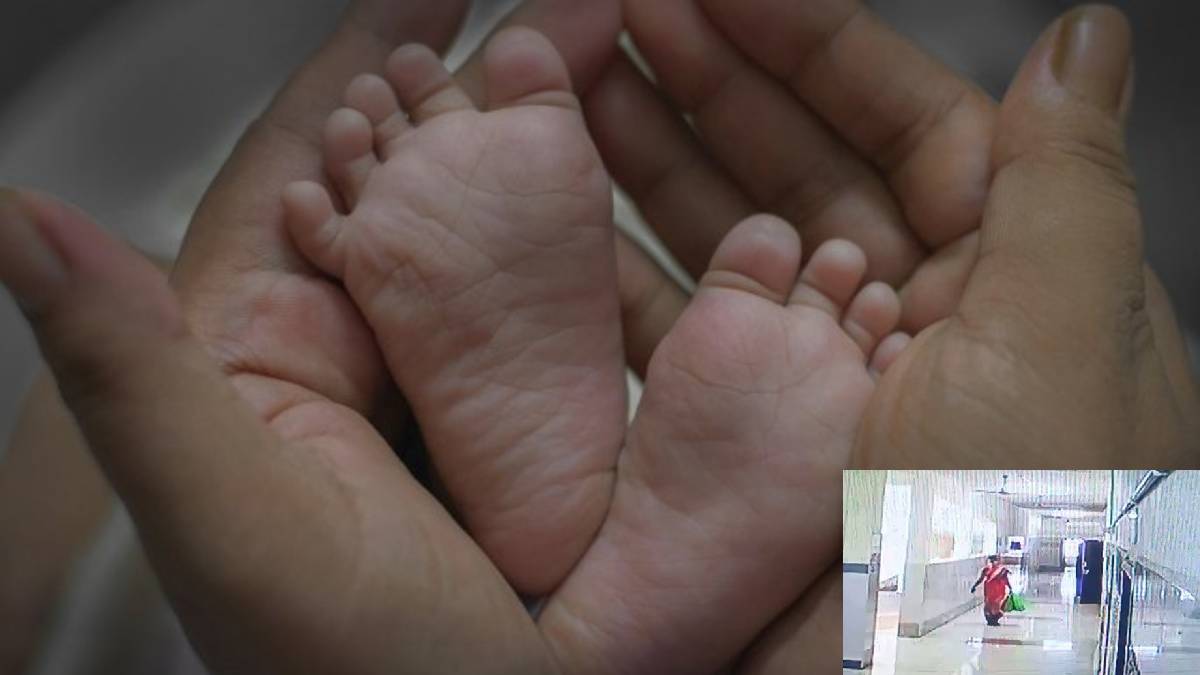 The kidnap of a four-day-old baby girl by an unknown woman who pretended to help the woman who gave birth at a government hospital in Thanjavur has come as a huge shock. Police are conducting a serious investigation based on the incident.

Gunasekaran and his wife is Rajalakshmi both hails inThanjavur. The couples were in love and then got married last year despite opposition from their home. Thus the family of the two is said to have had no contact with them. And so, Rajalakshmi was taking care of her newborn without elderly support.

Gunasekaran admitted pregnant Rajalakshmi to the Government Raja Mirasudar Hospital last week due to labour pain. Following that, a girl baby was born. Rajalakshmi and her husband Gunasekaran was taking care of the baby without families support.

At that, a woman came in contact with Rajalakshmi, saying that she had admitted her niece to this hospital. They both started talking, and the woman told Rajalakshmi that she would take care of her.

When Rajalakshmi went to the toilet yesterday morning and came back, she could not find the baby and the woman who was helping her was also was not there. Rajalakshmi searched for the kid, but the baby was not found.

Following this incident, Gunasekaran lodged a complaint with the police. It was revealed that the woman who pretended to be helping for the past three days saw the time was waiting for a correct time to kidnap the baby.

While examining the CCTV footage, the woman is recorded on a CCTV camera as she walks out of the hospital with the baby in her green bag and goes to the opposite auto stand and gets into the auto. When police interrogated the auto driver, he said that he dropped her off at the Kumbakonam bus stand.

The woman who kidnapped the child is likely to have a chance of moving out of the station, and the investigation is being intensified based on that.