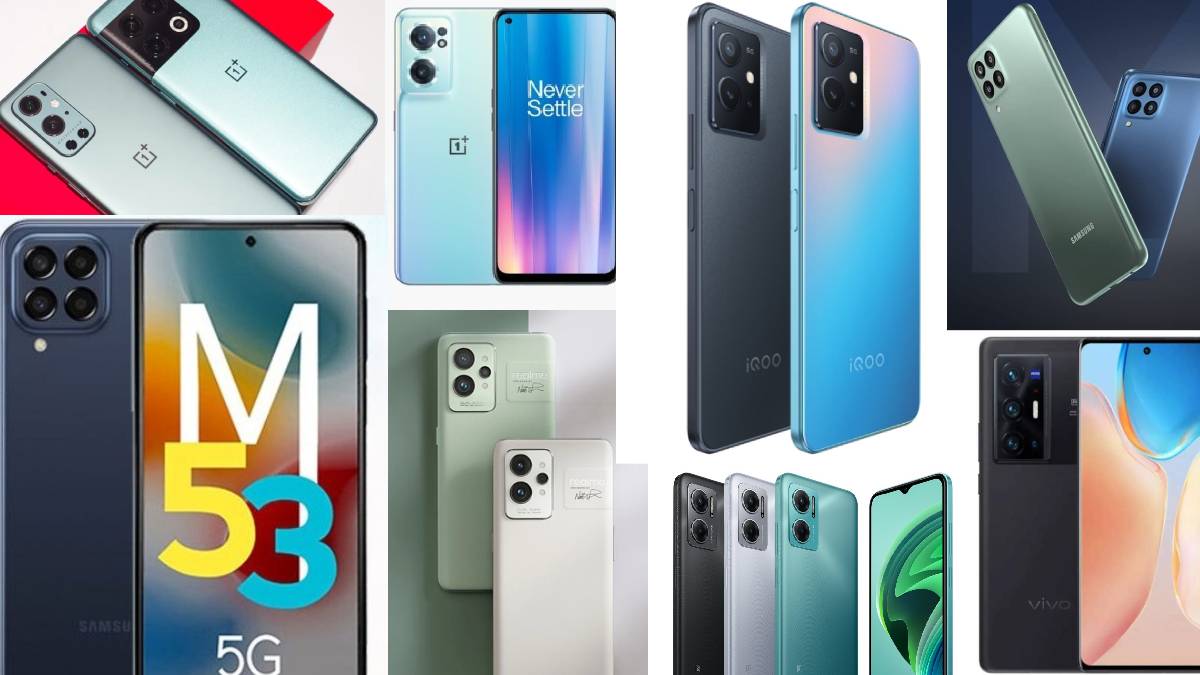 As it is the beginning of April, Smartphones fans are showing more interest in the upcoming launches of smartphones. Many flagship and budget phones are yet to launch, and others are ready for sale. If you are waiting to get a new smartphone this month, check out the list and then choose your perfect android smartphone device.

The list of the smartphones that are to be launched in the month of April is lined up. The most waited smartphones by the users are mostly from One Plus, Samsung, Poco, Realme, Vivo and Redmi. One Plus is coming with a budget-friendly smartphone within a 20,000 budget. Along with this, Realme also comes with budget-friendly phones under Rs. 10,000.

One Plus 10 Pro smartphone was launched on March 31, and the sale began on April 6. The display of this device is a 6.7 Full HD+ 120Hz refresh rate. It holds Snapdragon 8 Gen chipset. One Plus 10 Pro smartphone carries a triple camera setup with 48MP+56MP+8MP and a selfie camera with 32MP. This smartphone has a battery capacity of 5000mAh battery with charging support of 80W. The expected price of these smartphones is 71,999.

Following this comes the One plus Nord CE 2 Lite with a display of 6.4 Full HD display with a refresh rate of 90Hz. It carries the chipset of Snapdragon 695. This smartphone holds a 50MP triple camera setup with a 16MP Selfie camera. One plus Nord CE 2 builts with a battery of 4500mAh battery with 65W fast charging support. The price range expected for this smartphone is Rs. 19,999.

Next to One Plus comes the Realme GT Pro with a 6.7-inch AMOLED display and 120 Hz refresh rate. It caries the chipset of Snapdragon 8 Gen. The camera has a triple setup that contains 50+50+2MP. The selfie camera has 32 MP. The inbuilt battery contains a 5000mAh battery with 65W charging support. The expected price is Rs.55,999, and Realme GT Pro launches in India on April 7.

When the light spots on Samsung, two exciting smartphones are to be launched. Yes, Samsung M33 5G and Samsung M53 5G are in the line of launch. Samsung M33 5G contains a 6.6-inch display with a 120Hz refresh rate. The chipset which it carries is Exynos 1280 with a 50MP Quad camera setup and an 8MP selfie camera. It holds a battery of 6000mAh with 25W charging support.

Samsung M53 5G is also expected to be launched in the month of April. Samsung M53 5G with a display of 6.7 Full HD display with a refresh rate of 120Hz. It carries the chipset of MTK Dimensity 900. This smartphone holds a 108MP Quad camera setup with a 32MP Selfie camera. Samsung M53 5G builts with a battery of 5000mAh battery with 25W fast charging support. The price range expected for this smartphone is Rs. 27,999. Other smartphones from Motorolla, Infinix, Nokia, Xiaomi, Vivo X80 series, and Oppo are expected to launch in April.