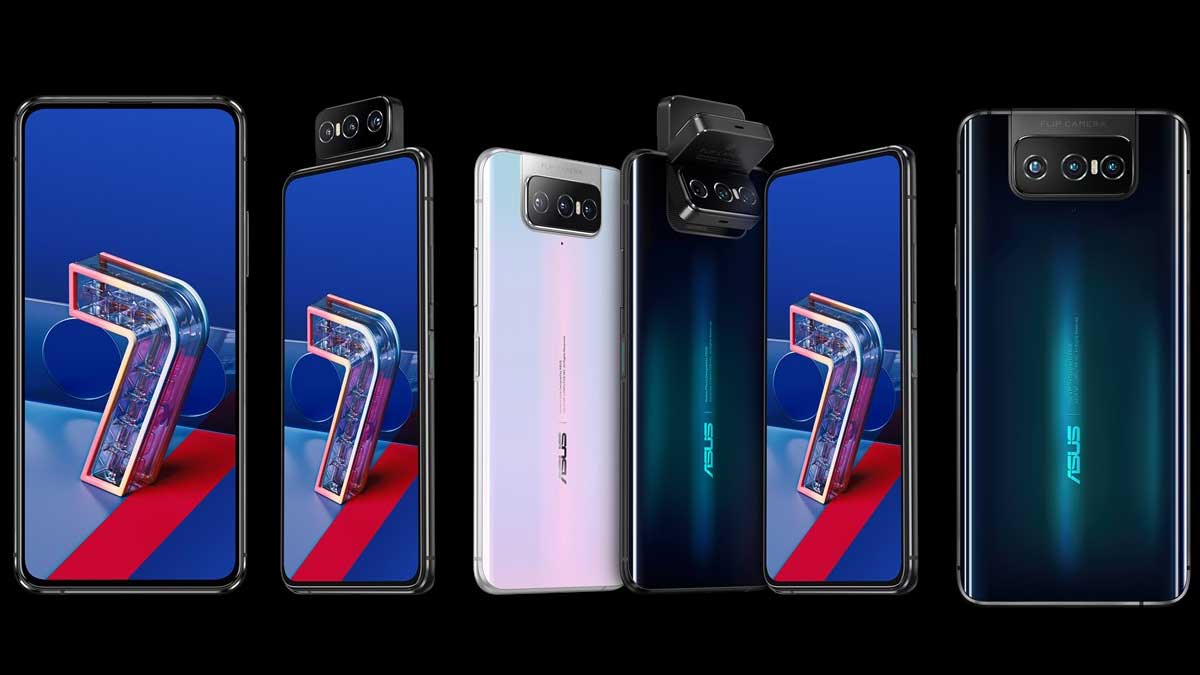 Last week ASUS released its brand new ZenFone7 series, both ZenFone 7 and ZenFone7 pro are similar with slight differences, which adopts the current generation than ZenFone 6.

ZenFone 7 series features a full-screen display without camera cut-out and LED notification, which helps users to enjoy the OLED screen without distractions. The 6.67-inch screen with 2400 x 1080 resolution in a 20:9 aspect ratio and 90Hz refresh rate capability makes this year’s model more attractive.

To talk about snapdragon, the ZenFone 7 and 7 Pro comes with Qualcomm’s latest Snapdragon 865 SoCs assists by the X55 modem, which is capable of 5G devices.  Also, to accelerate CPU and GPU performance of 10%, ASUS engage Snapdragon 865+. DRAM and NAND storage variations between the regular ZenFone 7 and the 7 Pro are 6 GB of LPPDR5 and 128GB and 8 GB of LPPDR5 and 256GB, respectively.

The triple rare camera features with the main camera,ultra-wide-angle, and telephoto lenses. The primary main camera, 64MP IMX686 sensor with 0.8µm pixels and default bins down to 16MP, and The optics have a

large f/1.7 aperture. The ultra-wide-angle affirms the ROG Phone III with a 12MP IMX363 with 1.4µm pixels, and the dual-pixel phase detects focus. The optics features an f/2.2 aperture with a 113° wide angle.

The third telephoto module with 8 MP and 3x optical magnification helps digitally cropped and magnified up to a useable 12x zoom in the camera app. The optics here feature an f/2.4 aperture.

The unique bottom features an LED notification light on the left of the USB-C port repositioned from the front top of the screen. The left side of the phone consists of a long two nano-SIMs and a micro-SD card SIM tray.

Simultaneously, the right side has a standard volume rocker and a triple-function power button that opted Goodix's fingerprint scanner. More than a power button, it features many things like an accustomed single-press power button, dual-pressing calls up the Google Assistant, and you can customize these functions personally.