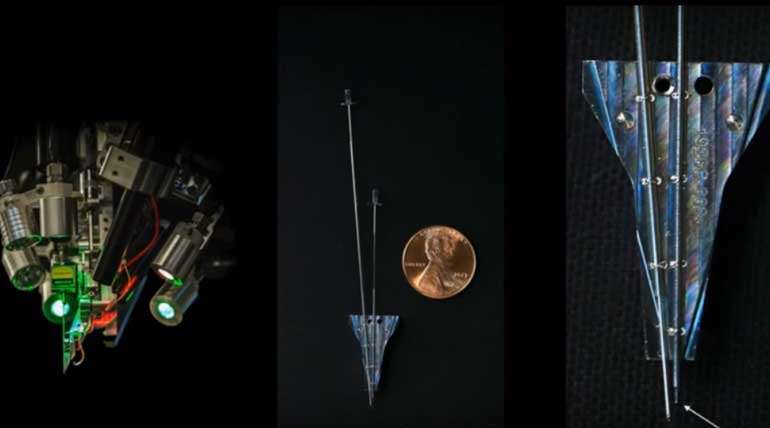 On Tuesday, a therapeutic device which is a next-generation brain-computer interface was to launch. The device developed by Elon Musk and top-level scientist from his neuroscience startup Neuralink Corporation.

What device is that?

Elon Musk's Neuralink expressed about this device will help in connecting the human brains and the machines very precisely than the other instruments.

The startup Neuralink is going to submit after putting together their entire analysis and results to the US Food & Drug Administration to start testing the technology in humans.

This platform is likely to treat neurological conditions like movement disorders, spinal cord injury, and blindness.

The president of Neuralink Max Hordak said that they hope to have time, which is less than a year from the first safety study on the five patients. He also added that it could take years before the device helps a large number of patients.

What is the aim of this device?

Among many companies like Facebook, Kernel,  CTRL-labs, and Paradromics, Neuralink is also a company which builds neural interfaces for clinical and non-clinical applications.

The neurotechnology industry is booming in recent years, especially after the introduction of the US Brain Initiative, which was started by the Obama administration in 2013.

The ultimate goal of all these projects is to access as many neurones as possible. Which helps to enable the scientist to reach precise reads on activities like walking, speech, mood and many other brain functions.

Device will also help the scientist to turn neural recordings into electrical signals which can fed into a robotic device. Then transform into the nervous system to produce movement or vision to help patients

A tiny probe also expected from the neural link which holds nearly 3100 electrodes which are contained in about a hundred flexible wires each individually inserted into rat brains by a custom made a surgical robot. The device will be helpful to monitor the activity of a hundred neurones at a time.

Another robot which looks like a sewing machine can target particular areas in the brain. It will help the surgeons to avoid major blood vessels by reducing the inflammation and long-term damage. The data were processed and analysed by proprietary chips and software.

However, neuroscientist and neurotechnologies have said that inserting tiny electrodes with the help of a robot throughout the brain and then analysing the activity with custom software is exciting but the question is on how safe it can be.

Another unanswered question in the company's paper was how long does it last in the brain. A scientist tells that if the company is going to do this for people, they should be aiming for at least five years minimum.

They also tell that an implantation surgery of this level of intricacy will need more than two years. Long term stability is another area where the paper has no answers. The article did not answer about the brain's inflammatory response as well.

Loren Frank, a Neurologist of the University of California San Francisco, has said that it is very critical before any device can advance to human trials. He is also involved in developing brain-computer interfaces.

The response of the Neuralink

Neuralink has said that it is doing these experiments and it is not ready to make the data public. It also called the analysis as a theory in the paper, that is designed to stimulate brain cells. The company also added that its capabilities not demonstrated so far.