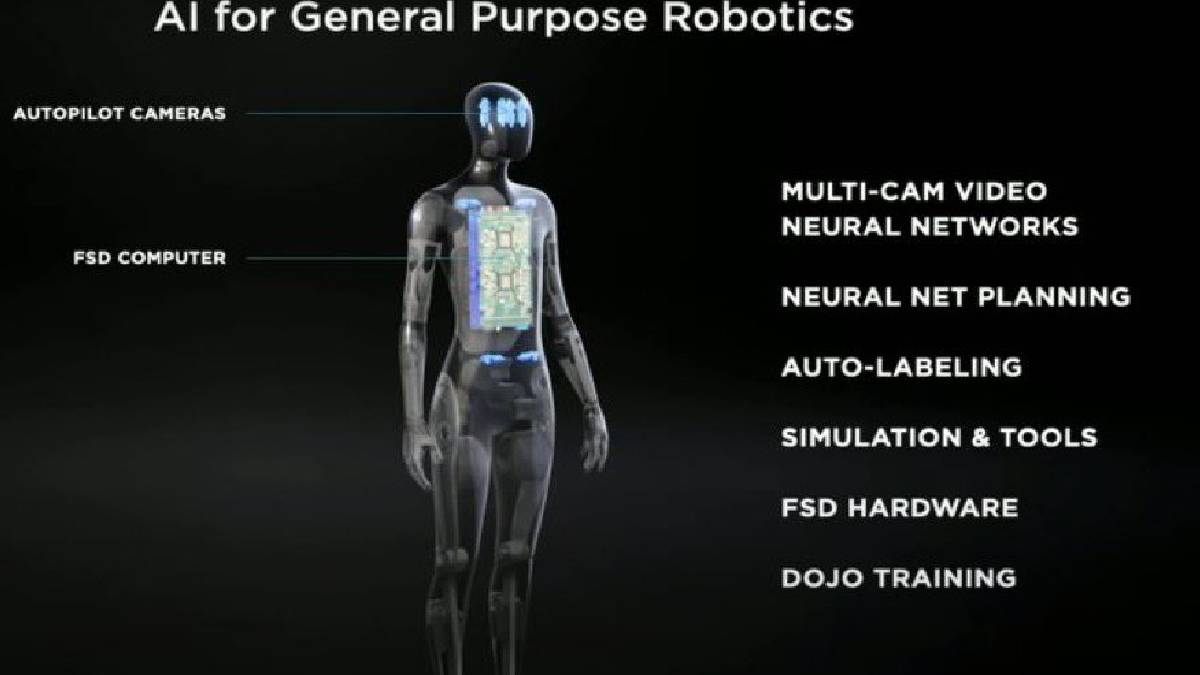 Telsa, known for its electric supercars, has come out with a robot. Tesla goes with an Electric vehicle and clean energy company based in Palo Alto, California, United States. And now they have introduced a Humanoid. This humanoid robot is designed to perform general robotic tasks for humans.

Accordingly, Tesla introduced the first robot under the name Tesla Bot. During the announcement, an actor dressed as a robot appeared on stage. Elon Musk says that the robot has invented to help in manufacturing cars.

As said, The robot will be 5.8 feet (1.8m) tall and weigh 57kg. It will be able to move at a speed of 8 kmph and carry 45 pounds (20kg) of weight. The Tesla Bot look like an average human with similar height and weight.

Elon Musk also said that the robot is introduced to do eliminate dangerous, repetitive, monotonous tasks. The Tesla Bot will use the same AI that is used on Tesla cars, and also it is equipped with the same autopilot cameras that are used in Tesla cars and will help the robot sense the environment.

"Essentially, in the future, physical work will be a choice. If you want to do it, you can, but you won't need to do it," Elon Musk said during the presentation. The company has said that this humanoid will come out next year with an average human look.