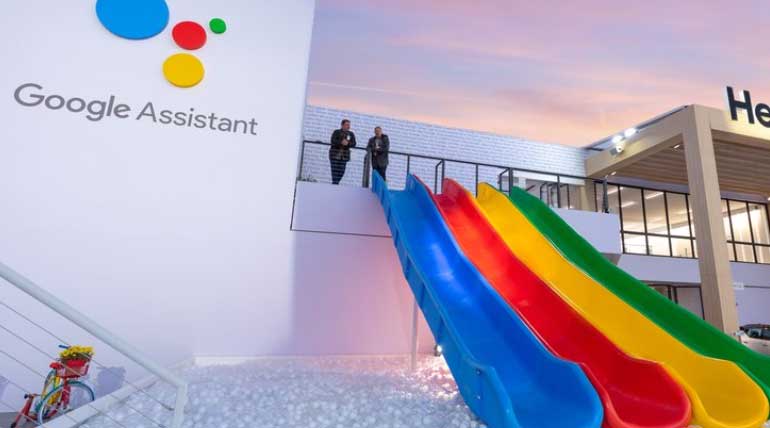 Google further adds six google assistant features to make customers' life simple: Consumer Electronic Show (CES) happened at Lasvegas, and Google at its platform invited customers showcasing its six additional google assistant features. This could be used in our phone, google home, or nest home devices. Yes, it is very clear for google that the customer should rule the home at his finger tips.

Using google assistant features the hardware could be linked and operated whenever it is required. Amazon's smart home market is competent enough and gives a tough play to google though the gap of the number of customers is a little wider in the latter case. Google Assistant has 500 plus million monthly users, and it is installed in over a billion devices whereas Amazon's Alexa assistant is installed in hundreds of millions of devices.

Doubling its presence in a year is Amazon's mission and inline with the same it is working towards. The Google Assistant's new tools include scheduling actions, digital sticky notes, and a privacy tool to make the google home or other google assistant-enabled smart device disregard the comments said already. The following are the six features added in the google assistant to be out soon commercially

This feature re-envisions post-it notes which was called Household Notes. Anyone can see the note even if they are not voice-matched. Commands can be given like Google please leave a note that I fed the cat already. In next few months the new tool will be out.

If any devices at home that are compatible with the google assistant, for an instance microwave, TV or smart plug, this "Schedule actions for later" can be used and control it. To more than 20 devices this feature is going to be compatible. The commands like a) Google, start AC at 8 P.M b) Google turn off TV at 10 P.M etc...

Linking your hardware devices not manufactured by google in the app by linking one's google account to the device. This is a boon as it will take extra-mile effort to get discovered and linked otherwise. Any manufacturer's device can be linked by linking google account, which in turn push a notification to the mobile following which the details could be uploaded automatically.

Another shared feature for the entire household is the speed dial called household contacts. The family member who sets up the device can make the list of phone numbers during set-up. For example, mom, dad, restaurant, babysitter etc. Smart Display is needed to use it. To use it just to spell out "google call mom" or tap the contact name from the list.

Google Assistant hitherto read audio books and email. With the new feature, Google expands it to reading long articles. The article will scroll down automatically and nothing to be done from our end. This feature will help to get translated into 42 languages. In a couple of months it will be available.

There are two new privacy related tools to use with google assistant. Spectacular feature where it is easy to disregard something just said. If google assistant is accidentally triggered with a command, immediately it could be stopped by saying, "Hey google, that was not for you."

Google assistant to communicate in between any command you can ask, "google are you saving my audio data?" for which google assistant would tell about the privacy controls and open the setting screen on the app to review the preferences.