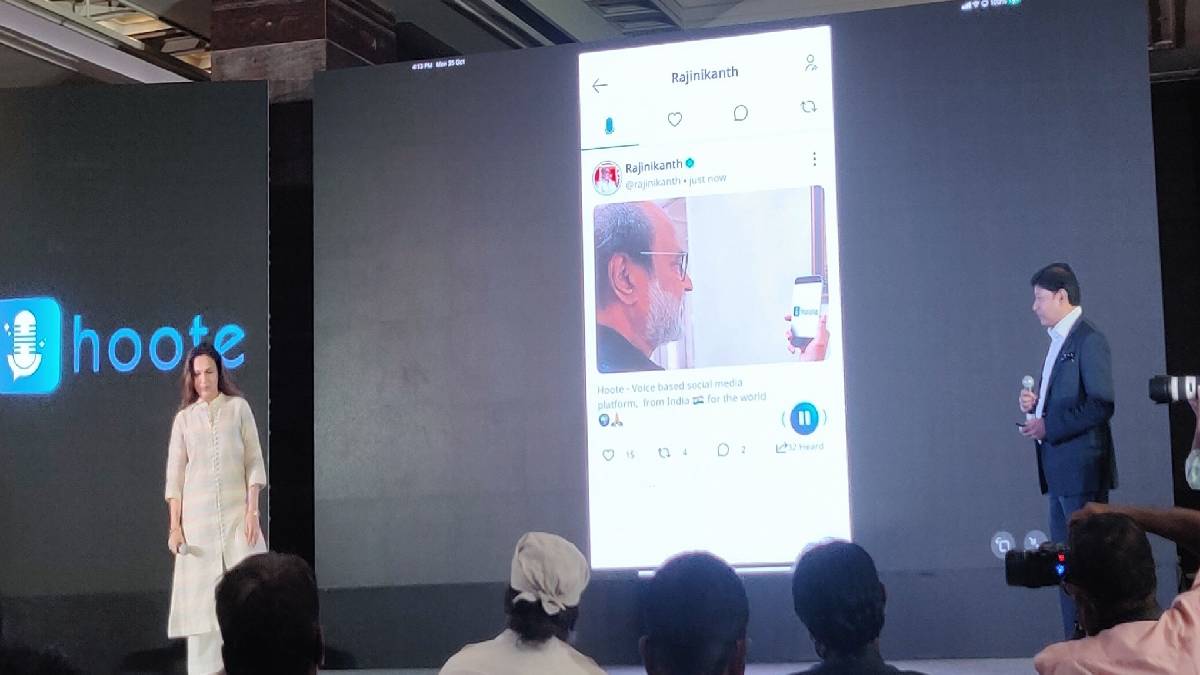 Also Read: How To Sign In Hoote App And Uses Of Hoote

Actor Rajinikanth was presented with the Dadasaheb Phalke Award, the highest award of the film industry, in Delhi yesterday. Following Rajini's awarding, many have been congratulating him on social media and in person. Actor Dhanush has won the Best Actor award at the festival.

Developed by Soundaya Rajinikanth, the processor is designed to upload up to 60 seconds of audio.  Dadasaheb Phalke Award-winning actor Rajinikanth introduced the processor with a thank-you note.

Soundarya Rajinikanth said that unlike Club House and Spaces, the Hoote processor is designed to record the voice of anyone, adding that it will be packed with all security features, which is the most necessary one. This processor made in India can be used from any corner of the world.