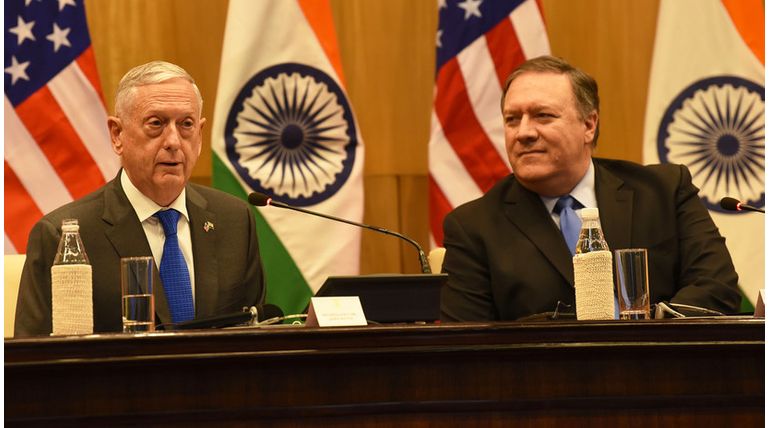 Indian Air Force needs 114 fighter planes to replace its old fleet of Mig 21 jets. The worth of 114 fighter planes is over 15 billion US dollars. Two giants, Lockheed Martin and Boeing are in competition to get the deal. The pact between India and the USA which is named as industrial security agreement will allow the transfer of Defence Technology. There are certain disputes over two issues like trade and protectionist moves between the two countries in recent times.

However defence ties on a smooth way where Washington wishes to build Indian capabilities as a counterweight to China. In the last decade, India has bought weapons of the value of 15 billion US dollars from the United States of America asset wants to replace Russian origin military. It also plans for purchasing helicopter armed drones and a bigger plan is also there in the pipeline. And that is for the local production of combat planes together which worths billions of dollars.

To take a step ahead and I love the transfer of Technology for building combat jets locally the United States of America has asked guarantees for the protection of classified Information and Technology. It is also said that the draft of the agreement called industrial security Annex is already set to go for approval before the Indian Cabinet in the next few weeks. This is the first time for India to have a pact with any country.

This plane building will come under India's Prime Minister Narendra Modi's Make in India drive to cut expensive imports and build domestic industry. Pompeyo and Subramanian Jaishankar will hold talks in New Delhi. After years of hesitation, India signed an agreement in 2016 both countries to access each other's military bases and recently the secure military communication. There is another area of sharing which is geospatial information. These are called to be the foundational agreements that are designed for closer military cooperation.