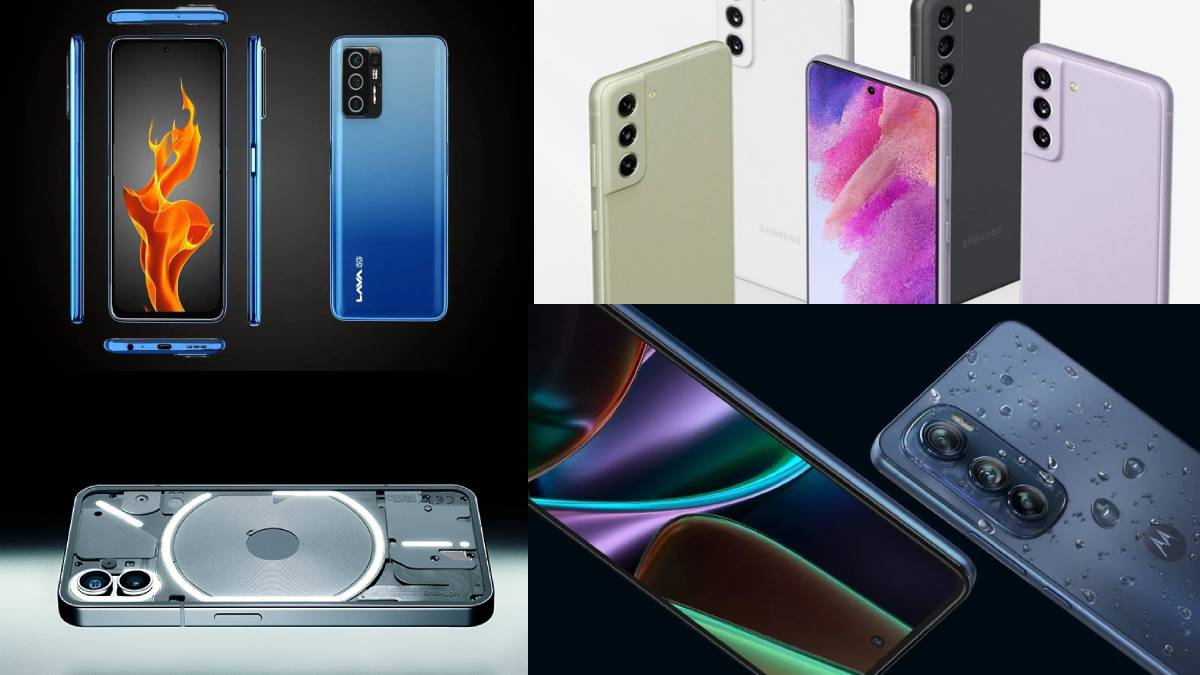 Smartphone companies Lava, Samsung, Vivo, Motorola, Realme and Xiaomi, are waiting to introduce their devices in July 2022. Let us look into a few smartphones to be launched in July 2022.

When spotting on the Lava Blaze camera has a 64MP quad-camera with a 16 MP Front camera for selfies and video calling. This smartphone builts with a 5000mAh Battery with 30W charging support. This 5G Lava Blaze upcoming smartphone is expected by launched with a 10,000 budget.

Next comes the Samsung S21 FE 4G smartphone. This launch is a bit problematic. This smartphone comes with 6.4 inch AMOLED display and holds the processor of Snapdragon 720G, which is manufactured under is manufactured using an 8-nanometer process technology. This processor renders the camera well.

Motorola comes the next with its Moto G32 upcoming smartphone. Moto G32 holds a display of 6.5 inches HD+LCD. Unisoc t606 powers this smartphone, Moto G32. When it comes to the camera, it has a 16MP rear camera and a 5MP front camera. Moto G32 expected price is 9,999.

Finally comes the most expected new smartphone, Nothing. Nothing is said to be a transparent smartphone with LED lights. It comes with a 6.55-inch FHD+ AMOLED display. It has a 50MPdual camera setup.

Nothing smartphone has 4500 mAh battery power with 45W charging support. It is also said that it has a unique OS. The smartphone's expected price is 29,999, and it will be launched on July 12. The other smartphone to be launched in July 2022 is not officially confirmed.