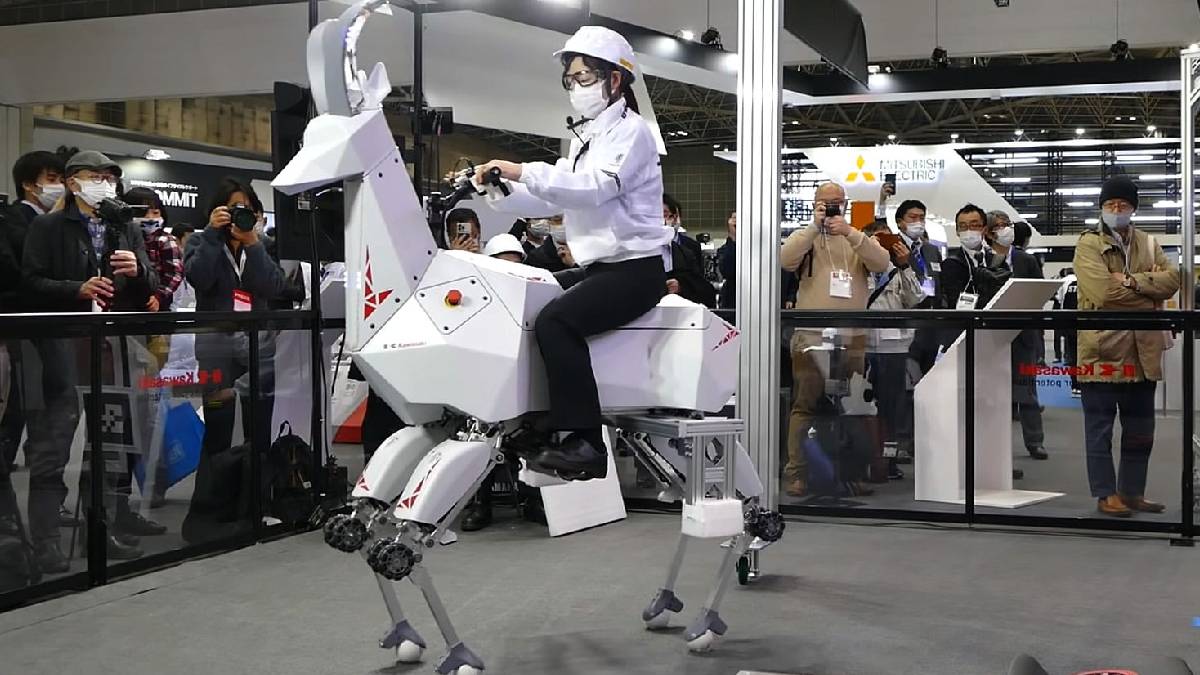 Kawasaki, the renowned Japanese company, best known for speedy motorcycles like the legendary Ninja series, has recently astonished its fans with the debut of a new product unquestionably one of the strangest electric vehicles in existence.

In 2017, the company operated a human-like robot with two legs. The robot is currently being developed in the shape of a goat with four legs in order to rectify its shortcomings. Scientists hope that it can be used extensively for agricultural purposes.

For the first time in Japan, a goat-shaped robot Bex with four legs was developed by a private company Kawasaki. They have named this robot BEX. The BEX robot will carry objects weighing up to 100 kg and will travel rough terrain, scientists say. It can be operated automatically and under human control.

Kawasaki unveiled this rideable robot in the style of a goat at the 2022 International Robot Exhibition in Tokyo. Bex is based on the ibex wild goat species. The four-legged robot Bex trotted across the stage safely but slowly during the presentation; an employee in a helmet sat on the strange electric vehicle.

The electric goat Bex from Kawasaki has a handlebar similar to those found on motorbikes and can carry riders weighing 100 kg. The robot can also kneel to make riding and dismounting more comfortable, and its horns appear to be highlighted by LED lights.

According to its allegedly modular architecture, the equipment may be altered with certain additions to expand the electric goat's freight capacity. While most fans are likely charmed by the goat robot Bex, Kawasaki is reportedly still working on three new electric motorcycles unveiled this year.