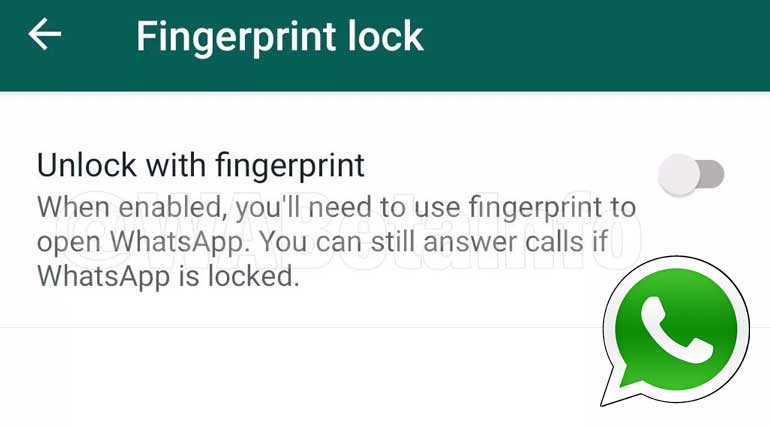 In this Digital data world, WhatsApp has implemented its new feature of allowing the opening of your WhatsApp only by your fingerprints. This new feature will bring an end to the fear and worries of private conversations and messages accessed by others. It was available to the iPhone users for a while now. And though it was announced by the Facebook in January this year, only from now it can be utilized in Android phones. No more worries with data of any kind in WhatsApp anymore with the fingerprint lock in Android phones.

WABetainfo being the site continuously watching the latest beta developments of WhatsApp has found this feature in Android phones yesterday. It reported that fingerprints could be used to lock the WhatsApp in your Android smartphones. It also confirmed that the fingerprint authentication would lock the whole app instead of a few chats. Its stable feature which is set to roll soon is sure a boon to millions of WhatsApp users.

How to get the fingerprint lock feature for WhatsApp in android phones?

The following is the step by step guide to avail the fingerprint lock feature for locking WhatsApp in android phones: