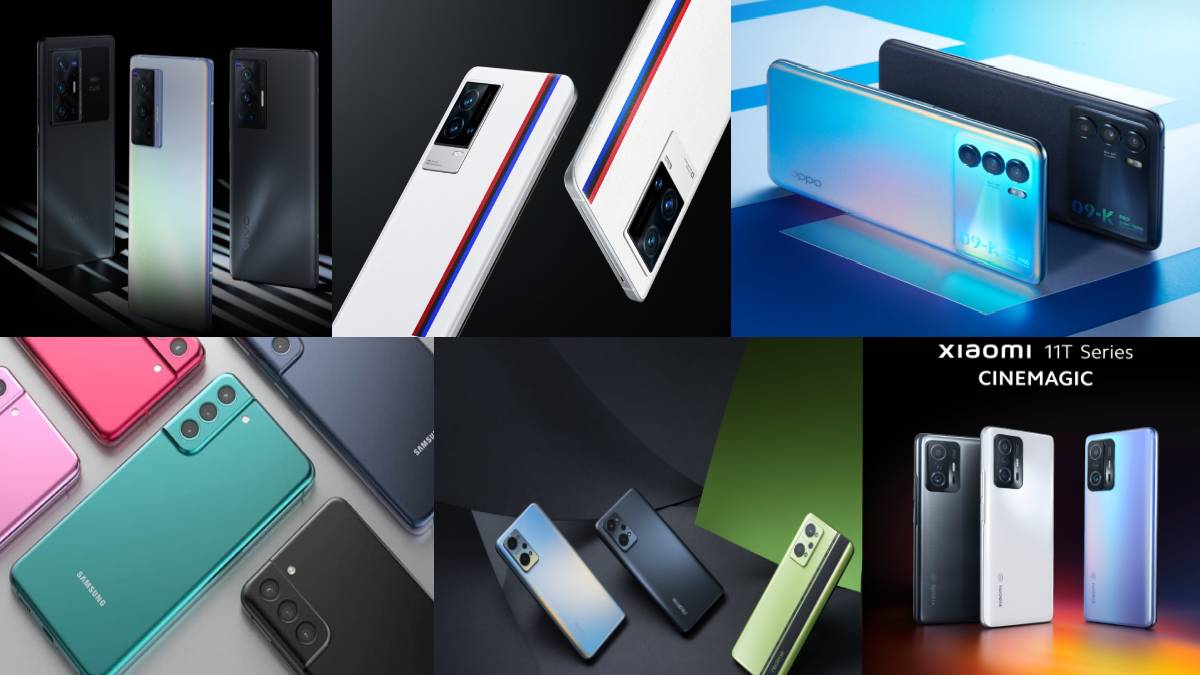 Same as September month, October also has a bit length list of Smartphones to be launched, especially in the second and third week of October. Samsung, Xiaomi, Vivo, POCO, Motorola, OnePlus, iQOO, Xiaomi, Realme, Samsung, Google, Jio, Micromax, Asus and Infinix are ready to launch their new smartphone this month.

Since October is the month of the festival in India, many mobiles brands are launching smartphones will meaningful prices. This has brought happiness among smartphone buyers. Xiaomi 11 Lite 5G NE,  Samsung Galaxy M52 5G, and iQOO Z5 Smartphones launched recently. These smartphones are ready for sale from October 2. When it comes to Samsung, there is a huge expectation of the Samsung Galaxy S21 LTE launch.

iQOO 8 series phones can be expected from IQOO smartphones. iQOO recently released its iQOO Z5 smartphone with good features and specifications. This smartphone will be powered by Qualcomm Snapdragon 778G SOC and comes with a 120Hz upgrade display. In addition, it has a good battery life with a 5000 mAh Battery.

iQOO 8 5G is expected to launch in October. This 8 series smartphone has a 6.56" Full HD plus display Amolded display with Snapdragon 888G processor. It holds a triple camera with 48 MP, and the selfie camera has 16 MP. The battery of  The smartphone will be powered by Qualcomm Snapdragon 778G SOC and comes with a 120Hz upgrade display is 4300 mAh.

iQOO 8 pro contains a 6.58" full HD plus E5 Aloled display with Snapdragon 888 plus processor. When it comes to the camera, it has a triple camera with 50 megapixels, and the selfie camera has 16 MP. The battery of the iQOO 8 pro is 4500mAh.

Realme has already launched three phones from the GT series, and now  Realme is announced its launch of Realme GT Neo 2. These smartphones grab attention by their attractive colours. This smartphone is said to have a 64 triple MP camera with a 16 MP selfie camera. It holds a 4500 mAh battery.

Oppo has already launched Oppo K9 Pro globally and assured that this mobile would be launched in India in October. Oppo K9 Pro comes with a 6.43-inch touchscreen display with a resolution of 1080x2400 pixels.

POCO is coming up with two smartphones end of September. The brand is going to launch POCO C4 and Poco M4. These phones hold Media Tek G88 with a 50MP Quad camera; the battery powers 500mAh Battery.

Similarly, the One Plus 9T, Pixel 6 series, Micromax in Nore 1 pro, Mi 11 t series can be expected to be launched in the month of October 2021. Jio phone next is also on the list of October launch mobile phones. It is very exciting to see the key features that come with the upcoming smartphones.