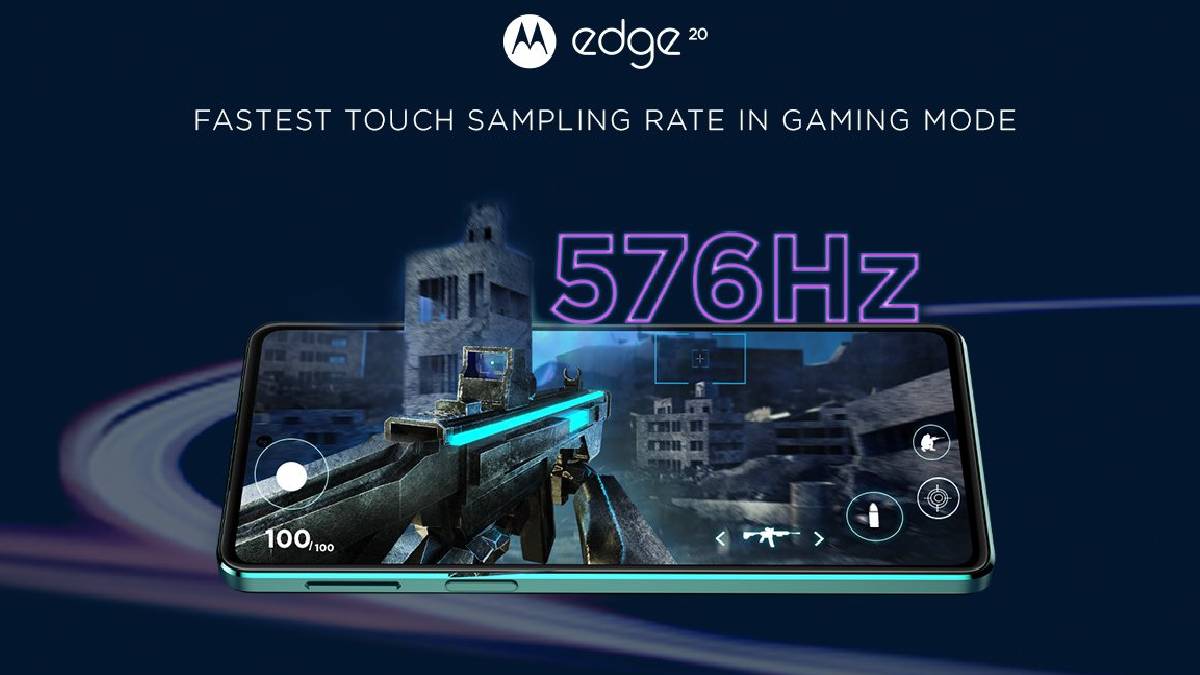 It has been announced that Motorola's latest Edge series of smartphones will be launched in India on August 17. The new edge series is Motorola Edge 20 and Edge 20 Fusion. These smartphones were one of the most awaited smartphones of August month.

Motorola was initially speaking on the launch of the Edge 20 and Edge 20 fusion series, and now the company has announced the Indian release date of the new Edge series smartphones.

Both the smartphones are expected to release the Android 11 operating system with the company's layered UI. Teasers have been waving out, and the phone will come with a massive 576Hz refresh rate in gaming mode.

The Motorola Edge 20 has a storage variant of  128GB and 256GB with Connectivity options 5G, 4G LTE, Wi-Fi 6 and 6E, Bluetooth v5.2, GPS/ A-GPS, NFC, and a USB Type-C port. The phone features a side-mounted fingerprint sensor.  Motorola has provided a 4,000mAh battery on the Edge 20 and 30W TurboPower charging, whereas the Motorola Edge 20 fusion has a 5000 mAh battery.

The Motorola Edge 20 was launched in Europe at a starting price of EUR 499.99 (Rs. 43,600) for the 8GB RAM + 128GB storage. Its price in India should likely be similar to the European model. But the price will speak on the features if it's worth it.

From ultra-wide to ultra-close; capture images with striking details using #motorolaedge20fusion. #FindYourEdge and pursue your passion as it launches on 17th August, 12 PM on @Flipkart. See you there! https://t.co/oSDyeF2YEH pic.twitter.com/XK5D4ewV9P