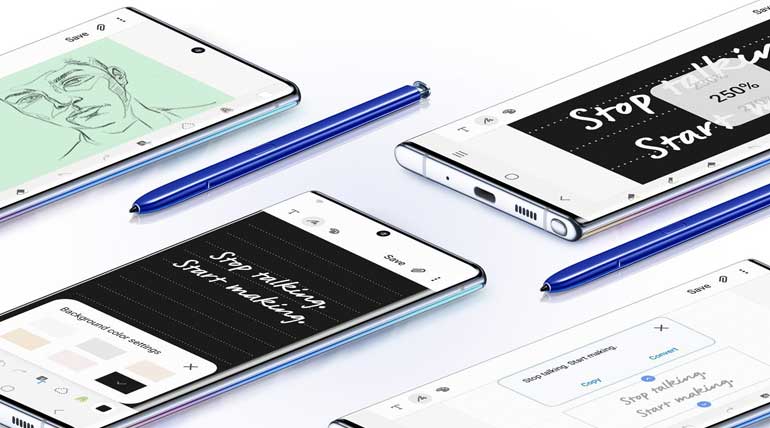 Is the new Galaxy NOTE 10 Noteworthy?

The new flagship from Samsung is the Note 10 and Note 10+ which sits above the S10 series in terms of price and specifications. With the punch hole camera in the centre of the screen, the Note 10 caters to a specific category of people who wants power and productivity in sleek form factor. The Note series has always revered for their productivity enabled by the large screen and the S-pen. As always the Galaxy Note 10 is available in standard size and bigger plus models but this time comes with more differences in specs than before.

The differentiation factors in Galaxy Note 10 and Note 10+

The discerning factor in the camera department is the time of flight sensor in the Note 10+ which is added to find the distance of objects in the frame to recognise the depth variation between different points on the image. This is also said to be used in a feature where when zooming in on an object which is making sound, and the sound recorded varies with the amount of zooming done.

The productivity of S-pen.

The S-pen has been the deciding factor for the note series when compared to other phones in its range. Though Apple released their own Apple pencil, the S-penâ€™s performance and popularity has been the benchmark and continues to do to so. The new S-pen comes with an improved unibody design which protects the internals from dust and wears with a seamless design.

With the S-pen you can write on the lock screen when you take out the pen without unlocking the phone. These notes can then be either copied as plain texts or can be used as a picture.

A 6 axis gyroscope and an accelerometer have been included for added gesture control. These gesture controls include zooming in the camera app with a circular gesture and switching the camera from back to front and vice versa with the swipe up gesture among others. The gestures can also be customised for other third-party apps when the developers include those features in their apps like changing slides in a presentation etc.

The Note series now supports wired supercharging where the battery can be filled in approx Half an hour. But a separate 45-watt charger has to be bought to enable that. The pro-grade video feature brings the live focus where you can change the background blur or the bokeh in a photo can now be also done in the videos. Talking about videos, another feature that optimises them is the super steady feature that stabilises shaky videos with the help of a gyro sensor.

The Note series comes in four colours, the Aura blue, Aura white, Aura halo and Aura black. They will be available on August 23rd with a price tag of $949 for Note 10 and $1099 for the Note 10+ with the prices for the Indian market yet to be revealed.