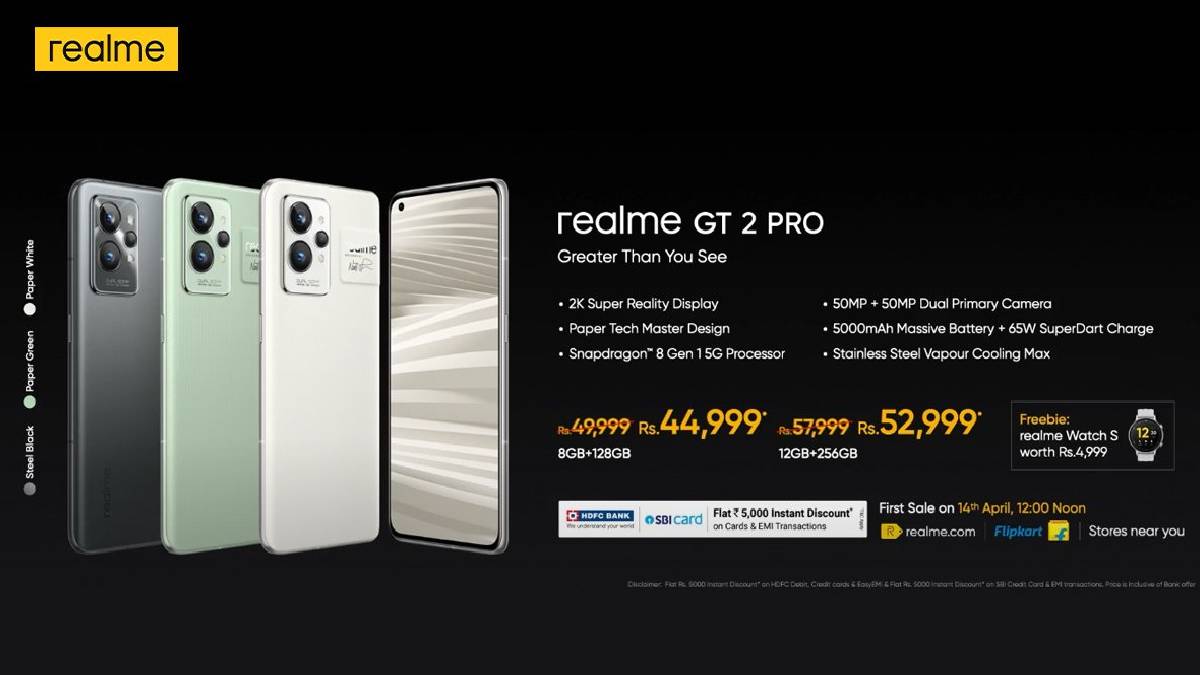 The Realme GT 2 Pro is powered by a Snapdragon 8 Gen 1 processor and LTPO 2.0 Super Reality Display. Other than that, the phone's back panel is said to be similar to the bio-pasted paper texture. It uses a new generation Adreno graphics engine. The paper tech master design of this smartphone gives it an innovative look. It has Android 12 based realme UI 3.0 skin installed.

The phone has an advanced matrix antenna system, which has a better network, Wi-Fi 6, Bluetooth 5.2, 5G and NFC connectivity. It has a 5000mAh battery with support for 65W charging. The phone weighs 189 grams.

The back of this smartphone has a triple camera setup. The main sensor is the SONY IMX766 OIS 50MP megapixel camera, 50MP megapixel super white camera and microlens camera 2.0. A 32MP megapixel SONY IMX615 Sensor camera is provided for selfies.