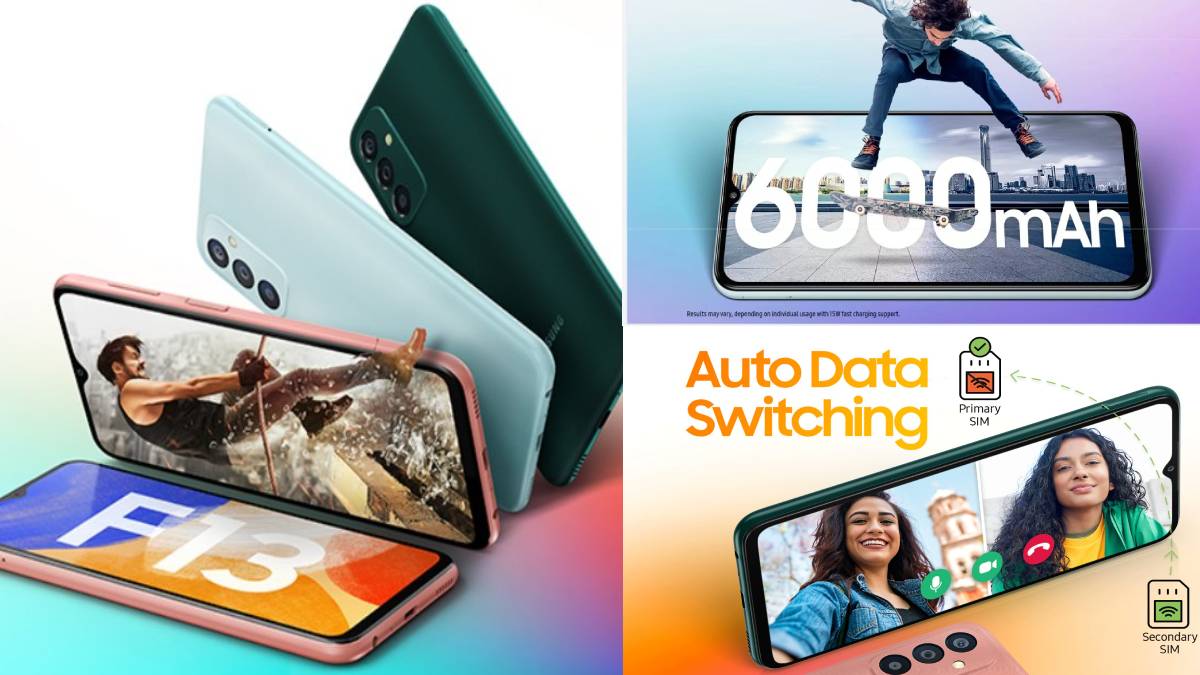 The Samsung Galaxy F13 comes with a 6.6-inch Full HD Plus LCD display. This phone is supported by Exynos 850 processor (Exynos 850). The phone has One UI on top of Android 12.

Galaxy F13 is built with a three-rear camera setup. It includes a 50-megapixel main camera, a 5-megapixel ultra-wide-angle lens, and a 2-megapixel macro lens. The selfie camera is mounted on an Infinity-V notch on the top and comes with an 8MP sensor.

It also comes with an auto-data switchable feature. It makes and receives calls to another SIM card when the network is not available on one SIM card. This feature was first introduced in the Samsung Galaxy M53 smartphone.

If there is no WiFi or primary SIM network, the phone will automatically switch from WiFi to mobile data. Also, it is noteworthy that mobile data will change from primary SIM to secondary SIM.