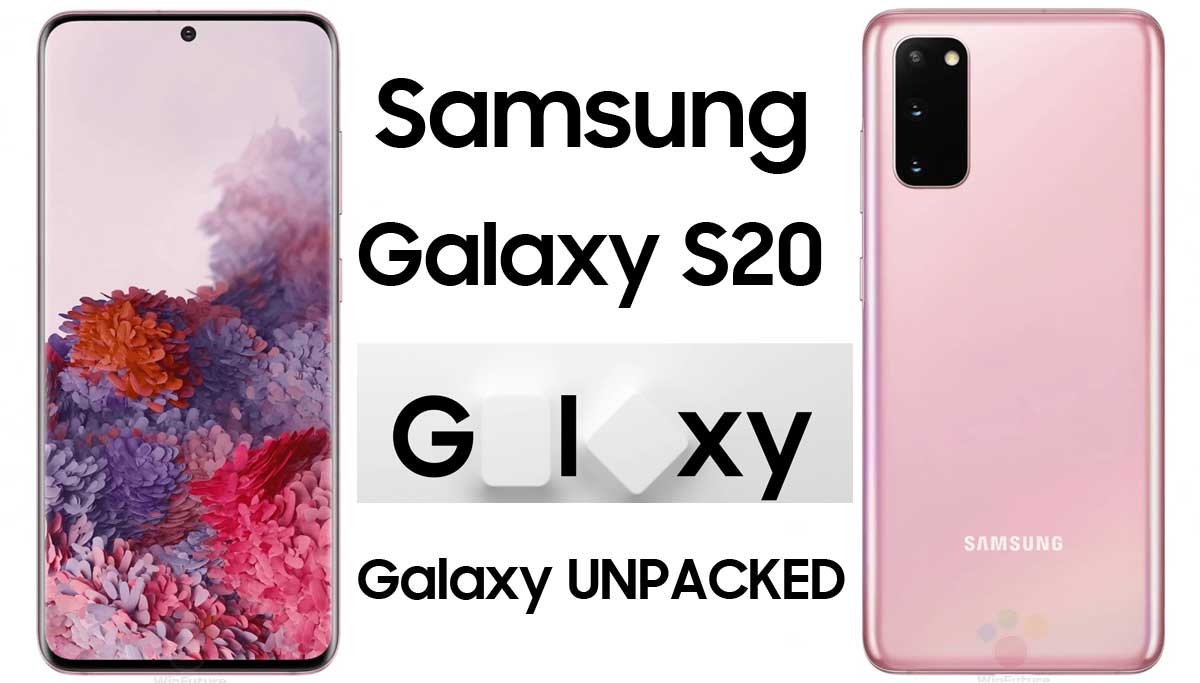 February 11, 2020, is almost here, and so, the unpacked event of Samsung Galaxy. It is believed that the technology giant, Samsung, is about to unveil some interesting things in the event, including Samsung Galaxy S20. Leaks and some official confirmations have already created a big hype about the Samsung Galaxy S20, S20+, and S20 Ultra. It should be good to know again what were those leaked pieces of information and confirmations before going into the Unpacked event.

The recent update about to soon to be launched Samsung Galaxy S20 5G says the phone is about to have a display size of 6.2 inches. To add excitement to this, it comes with a resolution of 1440x3200 pixels at a pixel density of 563 pixels per inch and a wonderful aspect ratio of 20:9.

Apart from the Wi-Fi, GPS, Wi-Fi Direct, 3G, and 4G, there are also breakthroughs saying the phone will be running based on UI 2.0 based on Android 10. And, the phone has a huge internal storage of 128 GB, that can be extended up to 1000 GB via microSD.

Mark your reminder for February 11th, as the South Korean tech giants are about to unveil their next launch. This launch will enable them to be the talk of the town while the Mobile World Congress (MWC) is just around the corner.

Now, donâ€™t forget to tune in to Samsung website by 11 am in the local Pacific Time. Thatâ€™s 2 pm ET, or 7 pm GMT, to watch the event live

Below, there is a compilation of leaks and confirmed news about the upcoming flagship, so far.

The Galaxy S20 and Galaxy S20+ are said to pack a 64-megapixel camera, while the Galaxy S20 Ultra will come installed with a 108-megapixel camera. You can also film 4K videos at 60fps with both the front and rear cameras. The zoom-in mic feature that allows users to focus on audio from a particular source while recording videos will also be there on the Galaxy S20+. Also, the smart selfie angle enables the phone to switch to a wide-angle mode when it detects more than two people in the frame.

The most awaited feature, Single Take, is Said to capture multiple photos and videos of a subject, and will then recommend the best shots is also rumored to be the S20 models. Hereâ€™s another spoiler, Super ISO feature is sported in Samsung Galaxy S20 models. Similar to light focus but more advanced. The Quick Take mode capture three images at the same time to let users decide which one they want to keep -- depending upon the clarity and lighting detailing kinds of stuff.

The Camera specs for each phone in the series area,

The phone comes in 3 color variants for S20 - Cosmic Grey, Cloud Blue, and Cloud Pink, and the other two models S20+ and S20 Ultra are likely to be offered in Black and Grey color at least (more color options are believed to be unveiled at the launch). It is also believed that S20 Ultra sports a hole-punch display design instead of a waterdrop notch. A rectangular camera module at the back that has a dual-tone design and quad cameras. The physical buttons for volume and power are located over the right side of the mobile.

Both S20 and S20+ sports the same Infinity-O display with the cut out positioned at the top center. The only difference is S20 has a triple cam setup while S20+ has quad-cam set up in the rear. The back is also curved at the edges for better gripping in all three models. 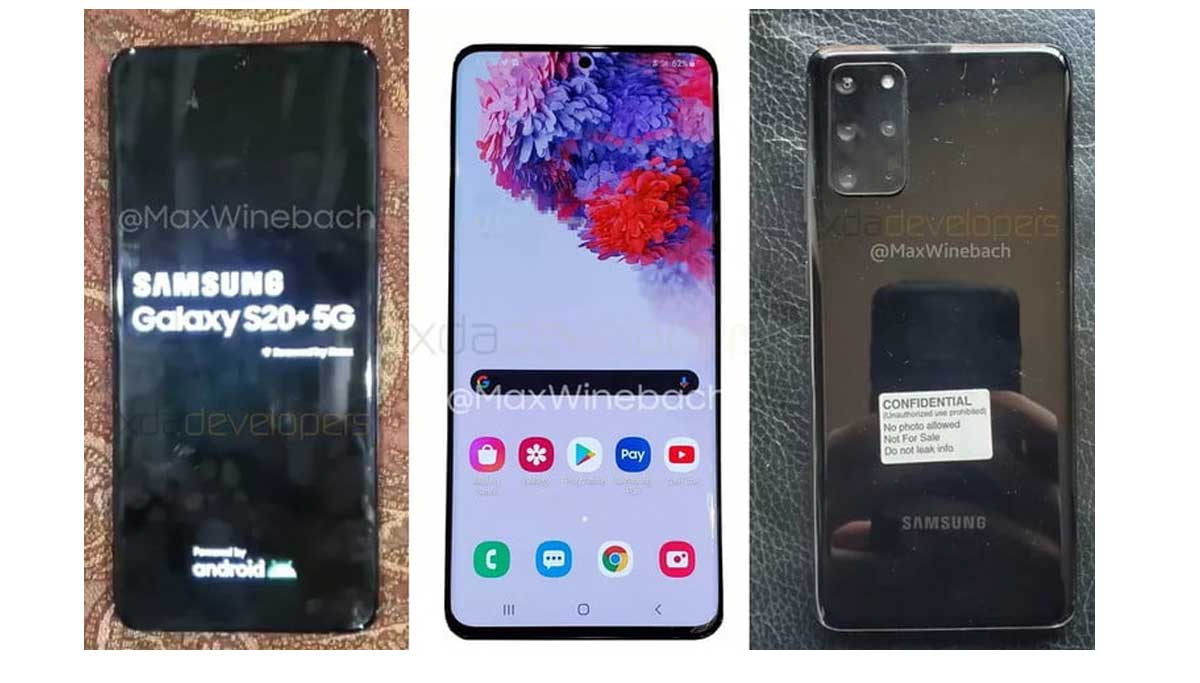 The three models include a wide range of common specs, including the marvelous Dolby Atmos speaker, the latest 7nm in-house Exynos 990 SoC, 128GB of internal base storage with 1TB storage expansion capacity and IP68 water resistance. The phones run based on Android 10 with One UI 2.0 custom skin. 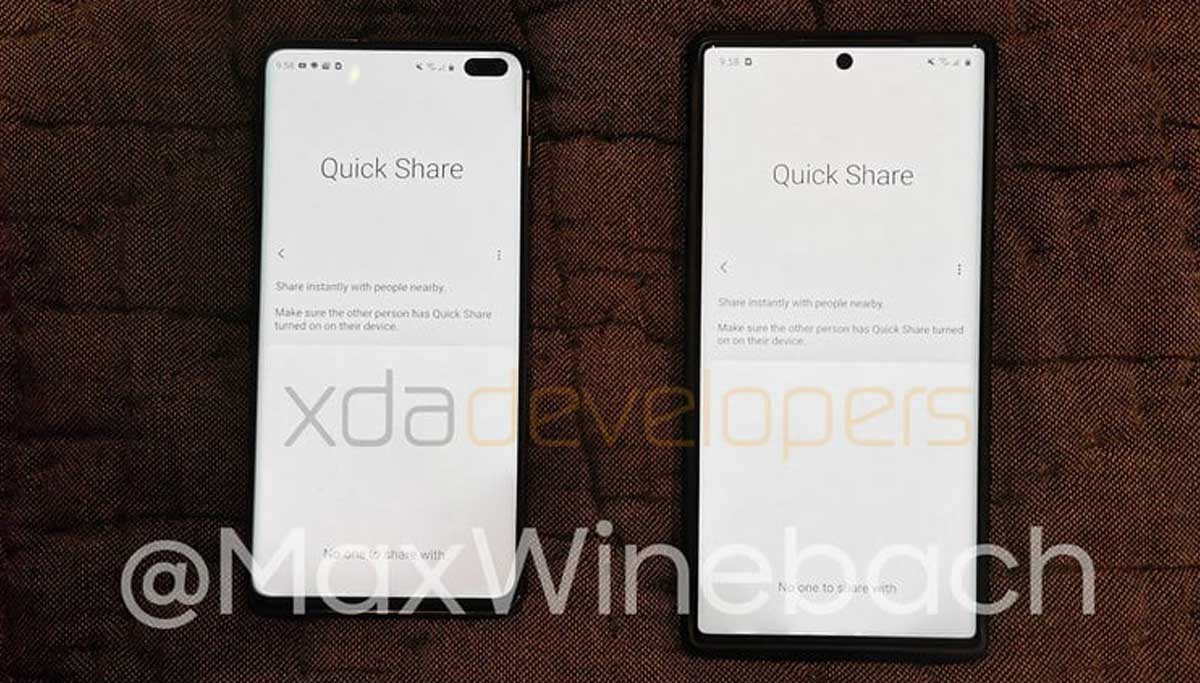 The iPhone SE 2 is all set to launch as iPhone 9 by march. iPhone 9 is rumored to be sported with Apple's homegrown A13 processor paired with 3GB RAM, 3D Touch, and Touch ID functionalities. Also, there is a massive upgrade to the camera from the previous generation. The 4.7-inch screen could have minimal bezels and a notch with Face ID.

Should you really upgrade from S10 to S20? Though there are many latest features, only a minimal difference between S10 and S20 has been found so far. Though it has the latest OS, processor, and an upgraded battery, most of the traits are very common between both. We say S20 is better but not in all ways. 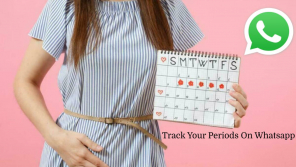