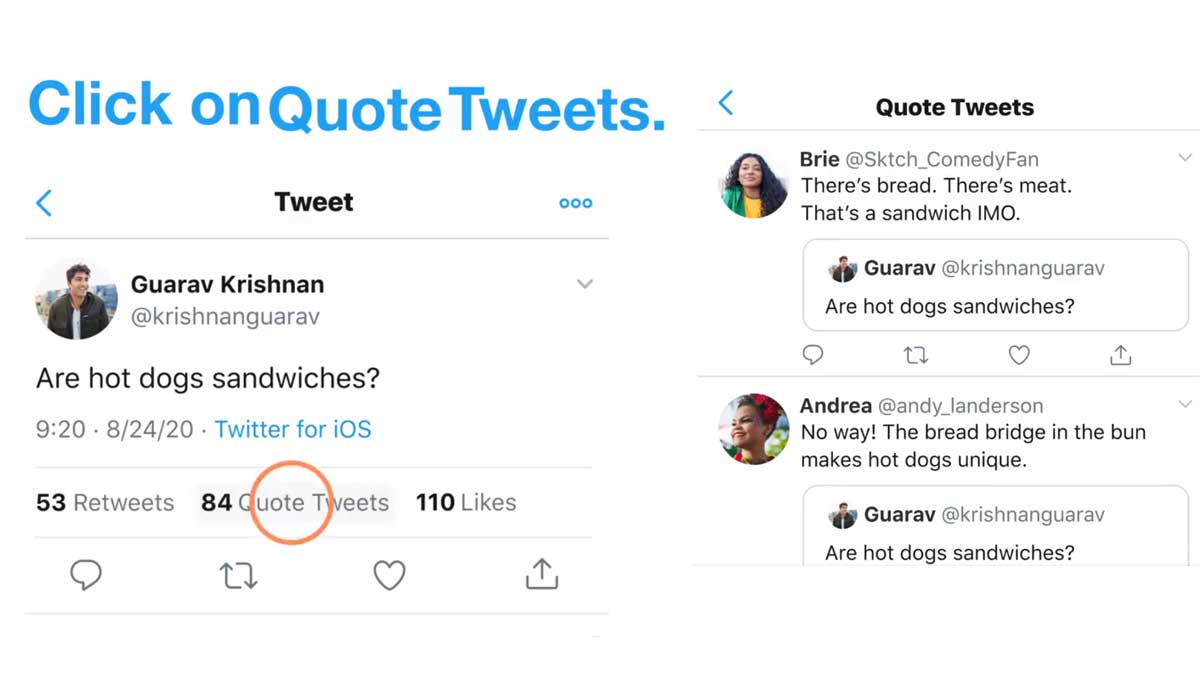 With its continuous evolution to make it user-friendly, Twitter is the reason it has more than 152 million daily users worldwide. The latest is the dedicated button option of Quote tweets in between the retweets and likes.

Though Twitter had this option before by entering the tweet's URL in the Twitter search box, a dedicated button now makes it possible with just a click.

And Twitter has made it possible to add texts, photos, videos, and also GIFs or graphics interchange format. This new feature may help Twitter users find and use quote tweets fast and easy.

Twitter people's favorite social network: Twitter has become part and parcel of everyone's life, including the most powerful presidents to ordinary laypeople worldwide. It offers to express opinions about anything anytime, anywhere. It has become a dominant tool and a media strategy for politicians, business people, and others.

The major reason for Twitter to be so powerful and popular is its features, and it never fails to add new ones as per the need. Only a few weeks back, Twitter enabled those posting tweets to decide on whom all can retweet to the post.

It stopped a lot of spam and unnecessary retweets. The latest Quote Tweets option is one such innovative idea of Twitter to make conversations through retweets with many options.

Though the quote tweet is a KABLAM of a retweet, it adds a personal touch to the retweet. Twitter made it possible in 2015, and for the five years, it was in practice.

But for finding quote tweets, users have to enter the tweet URL in the Twitter search box and find it. But with the new option by Twitter of providing the dedicated button of Quote Tweets in between the retweets and likes, it is just one click away.

It is the best and handy feature of Twitter to make users follow up with the conversations. With the American elections round the corner, this new Twitter feature may play a vital part in deciding the most powerful president on earth.

Tweets about a Tweet add more to the conversation, so we’ve made them even easier to find.

Retweets with comments are now called Quote Tweets and they've joined the Tweet detail view. Tap into a Tweet, then tap "Quote Tweets" to see them all in one place. pic.twitter.com/kMqea6AC80