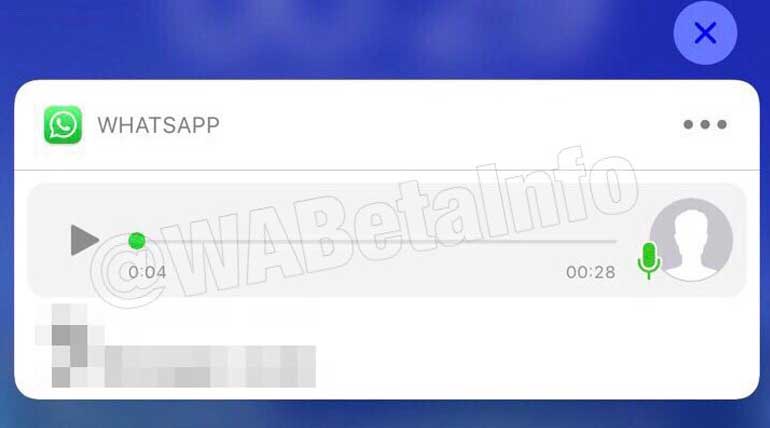 WhatsApp - the popular cross-platform messaging app has never failed to blow our mind with its amazing features. It is always on the track working on new features.

We who are using WhatsApp for years know that a video can be edited before sending. Ever thought of having the same feature on the voice message also?

iPhone users will soon enjoy the feature of previewing voice messages. This sounds to be the more exciting feature. Along with this, there are other features like dark mode of WhatsApp, ignore archived chats, in-app Browser, are in the pipeline.

This blog states the development in the social messaging app. We already know the videos that we send in the WhatsApp can be previewed and edited. But this same feature is not available with the voice notes. WhatsApp is currently working on this feature in the push notification window. This feature will help the user can decide whether the message has correctly been recorded before sending, or ultimately not to send the message.

The blog has further confirmed that this feature is still under development. This statement implies that an iPhone user with a beta version of WhatsApp cannot use this feature now. It may be available in the future update.

The screenshot shared by the blog, WABetalnfo became viral, which shows the new WhatsApp feature through Twitter. The screenshot shows a voice message with a play button. The blog tracked this feature on iOS and confirm that it is still under development and may be available in the future.

Apple is about to launch its iOS 13 in September. Probably, WhatsApp will reveal this feature in Apple's big event. Features like preview voice message, dark mode, in-app Browser will be available iOS 13.

WhatsApp and its notification