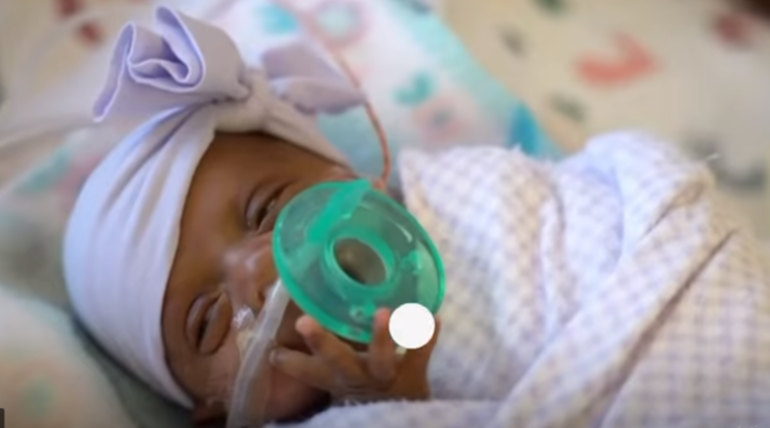 Sharp healthcare in Sandiego, California declared a baby girl named Saybie to be the tiniest surviving baby born in the World. She weighs just 245 grams that is 8.6 ounces. She is said to have born after 23 weeks and 3 days and then the tiny baby girl was kept in hospital and taken care intensively till she attained 2 kilograms of weight and later discharged. The name Saybie was given to her by the hospital staff.

Initially, the doctors told Saybieâ€™s father that she would spend hardly an hour with him before she passes away. Miraculously, the hour went long as a day and then a week. Saybie was delivered after an emergency cesarean which was decided after several complications were noticed in pregnancy and even shot up to threaten the motherâ€™s life. It was just 40 weeks of pregnancy. After spending 5 months in the intensive neonatal care unit, Saybie went home with her parents. When leaving home, Saybie was a

The following are words of nurses who took care of Saybie in the hospital. "She is a miracle, thatâ€™s for sure," said Kim Norby, one of the nurses who cared for Saybie as she fought to survive with a sign by her crib that read "tiny but mighty" cheering her on. Emma Wiest, another nurse featured in the video, said Saybie was so small at birth that "you could barely see her on the bed." At birth, she weighed as much as a childâ€™s juice box or two sticks of butter and could fit in the palm of the hands of her caretakers. Doctors call it a Micro preemie â€“ baby birth before 28 weeks of gestation. Saybie had no health complications.