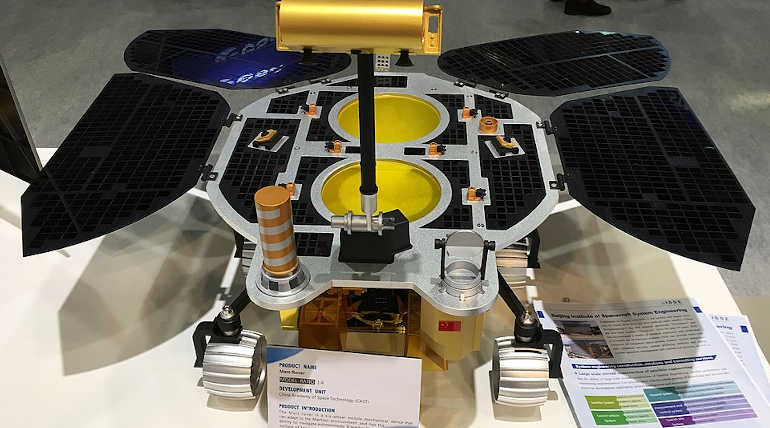 China all set to land on Mars in 2020 with its successful lander test in a site near Beijing with Mars gravity simulation.

China's state is run Xinhua news agency confirmed on 16 November of carrying out successful Mars lander testing in a site outside Beijing simulating Mars gravity. It is to be sent next year to Mars, along with other countries like the US and Russia. Yesterday's event was attended by ambassadors and diplomats from 19 countries, including France, Italy, Brazil, and representatives from the European Union, African Union, and Asia-Pacific Space Cooperation organization. The event is one of the first public appearances of China's 2020 Mars exploration mission and also to pragmatically carry out international space cooperation with exchanges.

Zhang Rongqiao, the chief of China's Mars mission 2020, sais that the lander testing is done on 14 November is crucial for the Mars mission. It will only take seven minutes for landing on Mars, but to reach Mars, it will take seven months. In the past, many such spacecraft sent by Russia and other countries have been lost over the years. Only the US was successful with eight landings on Mars so far. If China succeeds in landing, it will become only the second country to do so.

China is pursuing space missions in spite of the US banning space cooperation with China due to national security concerns. It even kept China away from participating in the ISS or the International Space Station. But the China Aerospace Science and Technology Corporation, the Chinese space program's primary contractor, is rapidly developing the space programs. In 2003 it sent its first crewed mission to the moon and in 2020 is set to land on Mars with 14 November successful lander testing in Beijing.