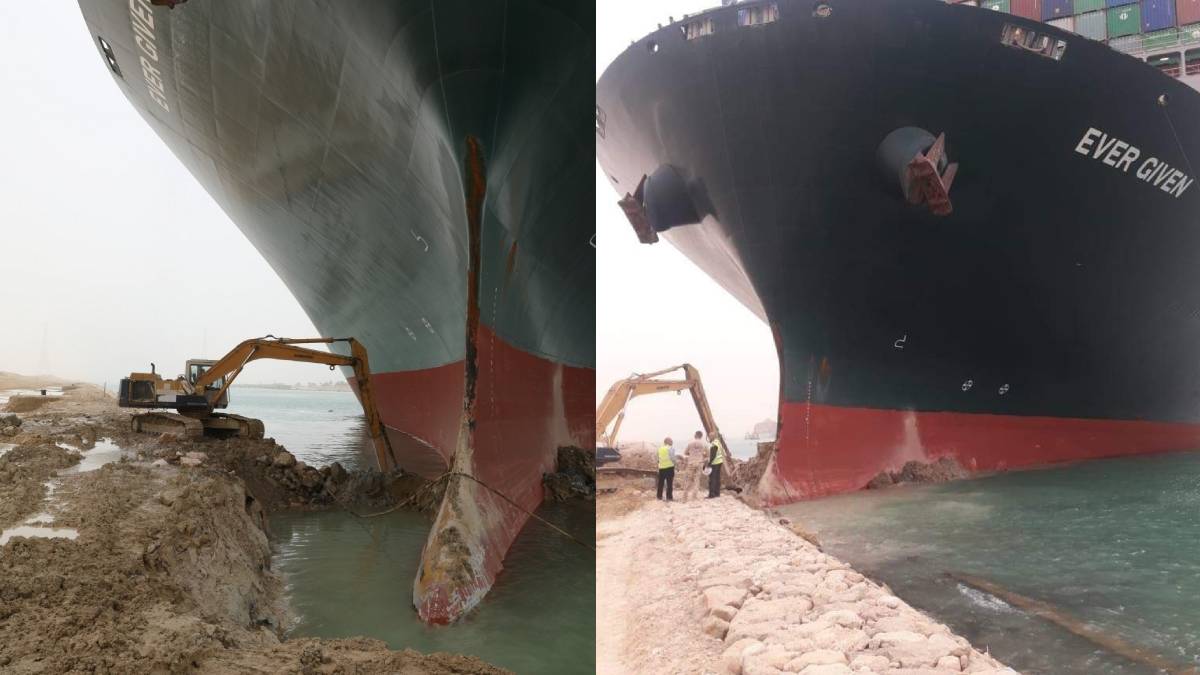 The process of digging the Suez Canal to clear the blockage.

Ever Given Vessel started to float after a week of blockage in Suez Canal. InScape, a maritime technology company, said the ship had been released.

The first video of the floating ship is going viral on Social media. According to reports, about 27,000 cubic meters of sand were dug out to a depth of 18 meters to free the Vessel.

Few ships have already taken the alternative route through Africa, which extends the voyage of 2 weeks. The blockage of Ever Given Ship stuck the Global Trade of 12%.

Egypt reportedly lost around 14 million dollars per day in revenue because of the accidental block in Seus Canal by the massive Vessel Ever Given. Since Egypt controls the Canal, the loss is a bit huge has there held traffic of around 450 ships.

The massive Ever Given Vessel got stuck on March 23. The Vessel was lodged with 20,000 containers as per the reports. It is one of the largest container ships. As of Sunday, the Suez Canal Authority had excavated 27,000 cubic meters of sand at a depth of 18 meters.

The progress in unblocking the giant Cargo Ship raised the joy among the tugboat drivers, and they started to horn out loud. The crew in the ships were Indians, and it is said that all are safe.

The tweets of the floating ship are going viral on Social Media globally. Many mariners are sharing the live videos of the Ever Given massive Vessel.

?The Ever Given is floating?pic.twitter.com/GNzlzaom8q