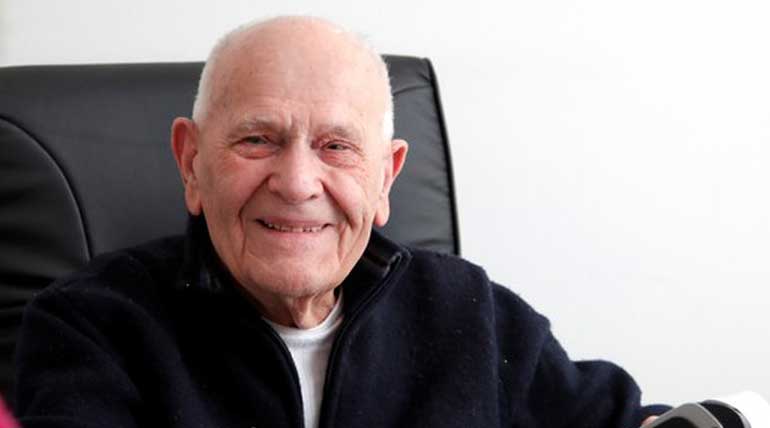 French Doctor never giving up his career from 1951:98 years of work mode: Chevilly-Laure, France: People stop working in the present world even when they near the age of 60. But a French doctor named Christian Chenay never gives up working till date even at the age of 98 years.

Chenay, a welder turned Doctor, started treating his patients from 1951. The old French Doctor treats patients in his consulting room in Chevilly Laure near Paris. The French doctors retire at 67, and Chenay's son, who also serves as Doctor, attained retirement, but the father has no appeal of interest to get rest.

With a healthy body and vision, French doctor Christian Chenay says that "I'm better off being a doctor than playing bingo or sudoku in cards with 60 old age groups becoming an idiot".

Being a welder in Anger of Wester France, Chenay qualified himself as a radiologist before practicing general medicine. Handling patients regularly for decades Doctor, Chenay undergoes surgery twice a week in Paris suburbs even at 98.

Though he has only a fax machine and a computer in his working desk with no high technical surgery equipment, French Doctor Christian Chenay says that he updates himself with Online Journals.

He adds that in the seven decades of his experience, Cyberchondriacs (People who diagnose their symptoms on the internet) demanding drugs themselves are high in value in this technological world.

Chevilly Laure has only three doctors, and getting an appointment is not an easy buzz. Out of nearly 20,000 people in the surrounding Chenay drops in surgery for 20 patients who sign up early.

Emmanuel Macron, President of France, faced months of unrest from the workers due to underinvestment and tough working conditions. Chenay commits that he has never seen this worst crisis in his career.