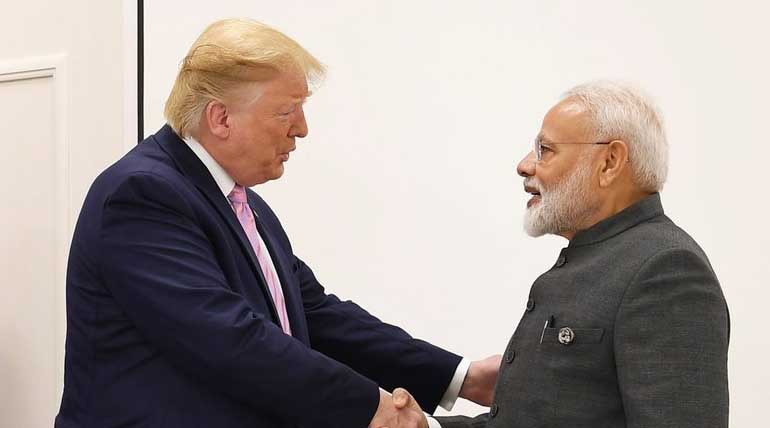 On Friday and Indian official has told that the US President Trump and Indian Prime Minister Narendra Modi have directed their officials to make right the trade issues that are lying between India and the USA.

Indian Foreign Secretary Vijay Gokhale has told that the meeting G20 summit in Osaka will be mainly on the issues of Iran and the tensions in the Gulf region. Topics were also included the introduction of the fifth generation of 5G Technology after getting into the second term as prime minister Modi's first meeting with Trump.

He has meetings with other dignitaries like  Mohammed Bin Salman, the Crown Prince of Saudi Arabia South Korea President, Moon Jae-in. Trump told that India US ties been very closer for an interaction that was described as open protective and warm.

The foreign secretary said that there are four issues which include Iran, 5G, trade and Defence relations. When talking about Iran, both India and the USA agreed to remain in touch to make sure that the situation in the region remains stable. On talks upon energy Modi said that India's energy needs were supplied by Iran which goes up to 11%.

It has yet reduced oil imports investigation country even as it hurt the Indian economy. The Foreign Secretary told that a large number of Indians reside in the region and their economic interest as well and therefore it is India's fundamental interest to have peace and stability in the region.

Trump appreciated the point of India which dispatch two of its Naval ships to the reason for the protection of Indian flag ships passing through the strait of Hormuz. And he hopes for the oil prices to remain stable and the USA was doing its best to ensure the stability.

On the discussions of 5G,  Modi Donald Trump that it was a new area and provided a unique opportunity for collaboration between India and the USA. He further assured that this Technology would be used by a billion in the sense that India already is the second largest commercial Market in the world.

Modi also highlighted the "Make in India" flagship programme. Between India and the USA, it was agreed that the trade ministers of both the countries would need an early date and sort out the issues on market access trade barriers and trade imbalance.

According to the foreign secretary, the Prime Minister referred to the withdrawal of special export privileges accorded by the USA to India and the retaliatory step taken by India to impose duties on 28 items the US export to India has already happened, that we should now look forward and see how we can resolve other issues. The discussions on Defence were limited due to the other engagements of the two leaders.