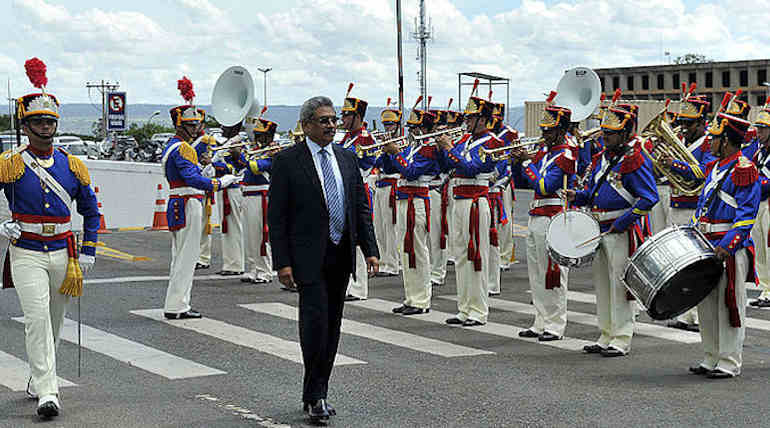 On the other side, the candidate of the currently ruling Sajith Premadasa of Sri Lanka New Democratic Front party conceded to Gotabhaya with 44.46%.

Where the prominent support for the Sri Lanka Podujana Peramuna party are the Sinhalese and the Buddhists, the Tamils who constitute around 15% of the population and Muslims with 10% seem to have voted for the Sri Lanka New Democratic Front.

Recently, a news source said citing the Election commission of the island that this Presidential election was the worst ever filled with hate speech and fault information. However, the Sri Lanka New Democratic Front failed to retake the seat lose it to the other party that earned a big black mark on its face during its previous rule.

As per the records form the past, Gotabhaya Rajapaksa was the farmer defense secretary of the island who ordered the killing of Tamil Rebeles during the Sri Lankan Civil war. As per the estimates, around a Lakh Tamil people were killed in the act of war along with the LTTE (Liberation Tigers of Tamil Ezham) chief Prabakaran.

Gotabaya Rajapaksa, who held dual citizenship in the US and Srilanka, was sued for war crimes during the Sri Lankan Civil War for ordering torture, brutal killing, rape, and many extrajudicial killings of Journalists. However, he has renounced his US citizenship to run for the presidential position in Sri Lanka. Gotabaya Rajapaksa won the election amid many such sued human rights violations.

Results of the election have brought fear in the hearts of minority Tamils and the Muslims, while joy and pleasure lie among the majority of Sinhalese.