He Jiankui, the Man Who Gene Edited Babies Gets Three Years Jail For Breaking Ethics 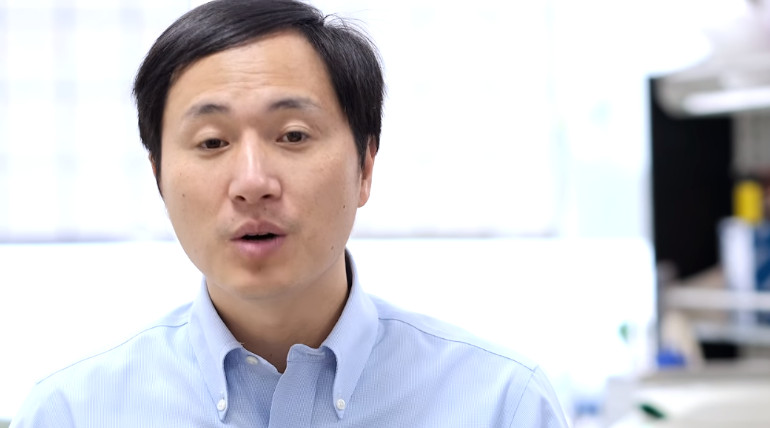 He Jiankui Photo Credit- The He Lab

He Jiankui worked at the Southern University of Science and Technology in Shenzen, China. Before starting to work, he had studied at Rice and Stanford universities in the US. He and his two colleagues Zhang Renli and Qin Jinzhou, used the gene-editing technology called Crisp-Cas9 to change genes of two twin girls, Lula and Nana, in November 2018.

He had carried out his experiments on seven embryos to make this finding. It raised backlash from China and sent shockwaves globally of being against the ethics of research. He contended that he wanted to immunize the twins from HIV. But the original study published in November 2019 in MIT Technology Review said otherwise. He did not succeed in reproducing the gene that could make people immune.

A Chinese court on December 30 found that all the three accused did not have the proper certification to practice medicine. Only to seek fame and wealth, they have deliberately violated national regulations in their scientific research. The first accused He Jiankui was sentenced to three years imprisonment with a hefty fine of $430,000 or three million Yuan. His colleague Zhang Renli was sent to two years imprisonment with a fine of two million Yuan. The third one Qin Jinzhou was sentenced to 18 months imprisonment and a fine of half a million Yuan but with a two-year reprieve.

According to the Chinese state-owned news agency Xinhua, all three scientists have crossed all ethics of medical and scientific research.