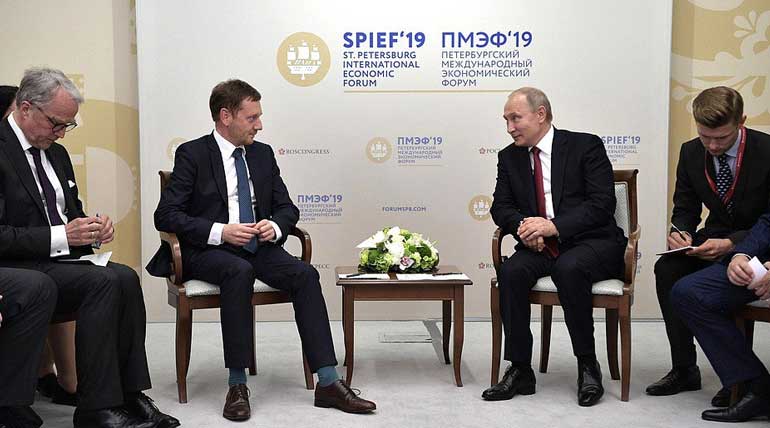 It also includes the leaders of many international organizations. The aim of this Saint Petersburg International Economic forum 2019 is to build a Sustainable Development Agenda.  After the Russian annexation of Crimea in 2014 and the pro- Russian uprising in Ukraine, the country has been hit by five years of international sanctions on its economy. It is also not immune to the effects of US-China trade war which is putting brakes on global growth. This really can set some significant impact in the country.

The Western sanction over Russia is now followed by Russia's pivot to the East with gradual dependence on China. The arrival of the Chinese President to the forum will create a new era of friendship between Russia and China. It is a sign of significance for the going to bloom bilateral issues. Both countries show strong political mutual trusts such as politically seem consistently aligned and often vote in unison as permanent members of the UN Security Council they also support each other issues concerning each others' interest and major concerns.