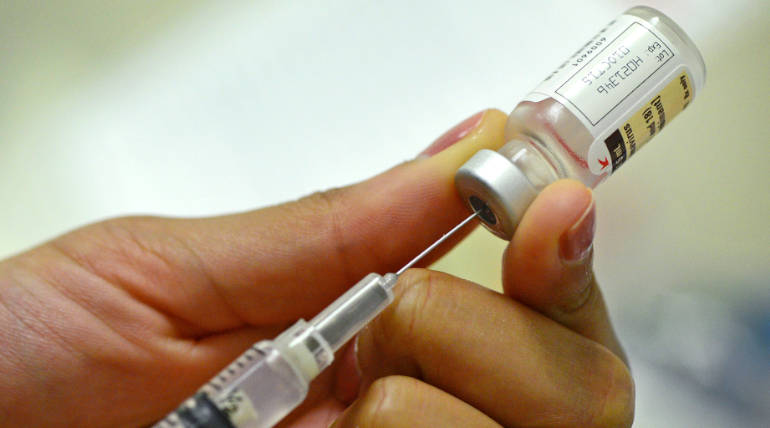 Samoa is a quiet tourist spot at 4,300 km east of Australia's Sydney. Out of its small population of 200,000, more than 3,000 are now infected by measles. It has also caused the death of 48 children in the last six weeks. It is due to the loss of faith of the Samoa people on their government to vaccinate their children for measles.

They lost faith after two nurses wrongly mixed MMR injections with expired muscle-relaxing anesthetic for water and killed two children. Since then, the vaccination percentage dropped to 31% from 87 %. With this year's measles havoc across the globe, it also affected New Zealand's 2,000 people. But none died in there, but with huge Samoa Diaspora in New Zealand, it is now causing deaths in Samoa.

Take Naseri, Samoa's director-general of health is urging families who are affected by measles to come to the hospital first. He says that the people were desperate to seek other ways like traditional healers, and the government is not able to make them come to hospitals. They are all well informed, but not taking the right decision is his contention. With more than 200 people getting affected by this measles epidemic in Samoa is still spreading fast.

Limbo Fiu, the president of the Samoa General Practitioners Association, says that the epidemic is unprecedented. Everyone is thinking on their feet, and it will continue for some more time is his contention.

Nikki Turner is the WHO chair of the International Committee on measles and rubella. He says that the Samoa people are desperate and take alternate cures, which have no evidence to suggest they work to treat measles. Online influencers are peddling vitamins and Kangen water, which is alkalized water made of Japanese medicine.

Anti-vaxxers are spreading wrong messages online and influencing people to take help from Samoan traditional healers and use remedies like tea leaves. They may reduce fever, but in no way, could control the measles virus.

The recent drop in the vaccination rate has to lead to the death of 48 innocent children in Samoa now and is counting. The faith in science, which is backed by evidence unlike others, which are only mere beliefs, is to be followed for being not affected by epidemics like measles.