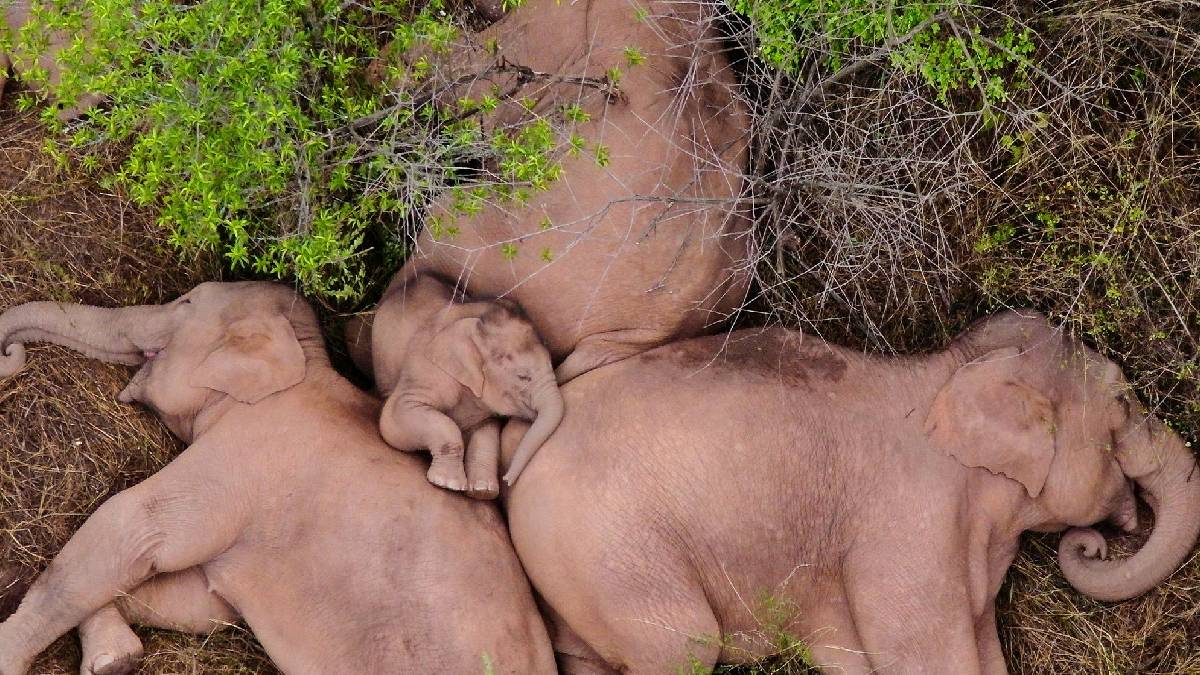 If one thinks about the wild animal that is closest to man, it is none other than the elephant. The literature is an example and testimony to the fact that man has coexisted with the elephant in the plains since time immemorial. It can be said that there is no temple in the south in Tamil Nadu and Kerala without elephants.

A herd of migratory elephants in China has become the talk of the world with the release of photos of drones sleeping in herds in the wild. Fifteen elephants have been herded out of China's Jizhwangpanadai forest and have travelled more than 500 kilometers to the Yunnan provincial capital, Kunming.

Fifteen migratory elephants have set foot in the city, which is home to about 90 million people. In this case, the authorities are taking steps to ensure that elephants do not cause any harm to humans or elephants living in Yunnan.

Authorities have been involved in various preventive measures, such as blocking traffic on the way to the elephants and instructing people in residential areas to stay indoors. Accordingly, the 15 elephants are travelling on the main road of the city. Only occasionally do they enter the town for food and eat the crops.

Large tanks are set up here and there to prevent migratory elephants from entering the city, where people put their favorite food. According to Global Times, Xishuangbanna Forest Officer, the traditional diet of elephants has declined in their habitats, and now the animals are turning into crops such as maize and sugarcane.

So far, no harm has been done to humans or elephants by these migratory elephants. Officials say they will monitor the elephants from a distance until the 15 elephants enter the dense jungles of Yunnan.

Police blocked roads to prevent them from reaching the cities. Experts say humans may have lost their wildlife, and elephants may have become "lost" in migration.

Initially, there were 17 elephants, but when two reached Mojiang district, they seemed to retreat. Other reports put it at 16, but that helped lift the number to 15 after one newborn calf abandoned the trek. In terms of travel, it includes a mix of farms, tracks and asphalt and continues day and night.