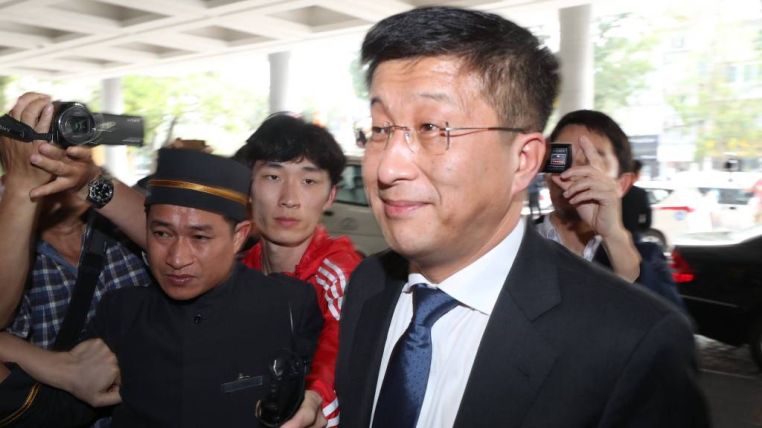 North Koreanâ€™s Special Envoy to the United States is arrested after the breakdown of the second summit between leaders Kim Jong Un and the US President Donald Trump. This news was reported in a South Korean Newspaper. People who were in the groundwork of the meeting and went along Kim on his private train was executed by the flying squad for betraying the supreme leader after he was turned by the US. After a wide investigation, Kim Hyok Chol and four other senior foreign ministry officials were executed at the Mirim Airport â€“ this is said to be from an unidentified source.

Kim Hyok Chol was the counterpart of the US Stephen Biegun to make up the Hanoi Summit that took place in the month of February. The South Korean paper also said that the USâ€™s interpreter Shin Hye Yong was also arrested for a mistake that took place in the summit. Another unidentified source said that she failed to translate his new proposal when Trump declared â€œno dealâ€ and walked away. Both the leaders, Kim Jong Un and Donald Trump left Vietnam without any deal after they did not reach the agreement on Pyongyang nuclear program in exchange for sanctions relief.

Some signs in the recent weeks led the analyst of South Korea to speculate that Mr Kim may reshuffle officers because of the failure of the US â€“ North Korea meet. However, South Korean reports on North Korea proved to be wrong many times before. In the years 2013 and 2016 there was wrong information on the execution of North Korean Officers on like watching pornographic content.