President Trump Criticized Internationally and by his Party for This Reason 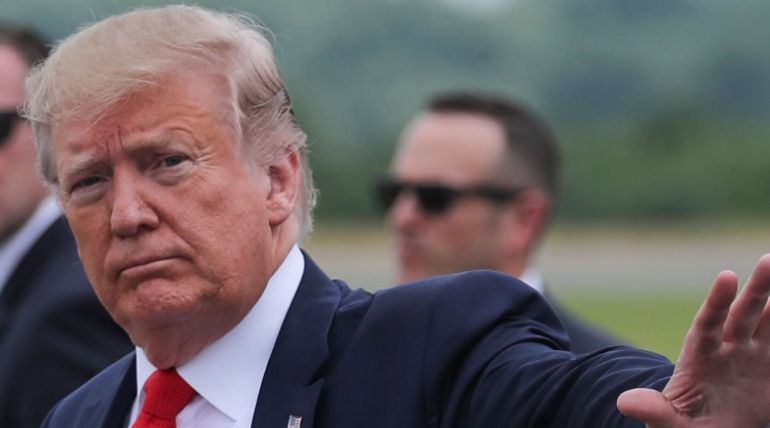 President Trump seems to be unrepentant even on Monday of his racist comments on four Democratic congresswomen. The spoke person of Britain Prime Minister Theresa May condemned Trump's remarks. Even many senators of his party have come out in condemnation of his comments. None of it seems to affect Trump. He again reiterated on Monday in White house when inquired about the tweets that "Not at all. If you're not happy here, then you can leave"

What is the reason for such global outburst against Trump?

President Trump started this storm during the last weekend demanded the unnamed Congresswomen go back and help fix the totally broken and crime infested places from which they came Though unnamed it was against the squad as the four Congresswomen are known. They include

But the fact is that out of the four, only Omar was born out of America in Somalia and came to America at the age of 12. Occasio-Cortez was born in New York and is of Puerto Rican heritage. The parents of Tlaib's were Palestinian immigrants who settled in Detroit. Pressly is born in Cincinnati and is an African American. Omar and Tlaib were the first Muslim women elected to Congress.

Why did Trump demand the four Congresswomen to leave America?

Trump hated them because of many policies, including the Green New Deal. He accuses them of being spewing racist hatred which was precisely the offense of which he is being widely accused. Also, it is widely believed that he won the Presidential race with the white-dominated votes.

Tlaib was the first congresswoman to call for impeachment against Trump. But there seems to be indifference with the squad of such a move. Impeachment or not the demand of the senators to go back to where they came is unacceptable by anyone. And that being said by the President of America being the symbol of freedom is sending ripples around the world.

President Trump Criticized Internationally and by his Party for This Reason