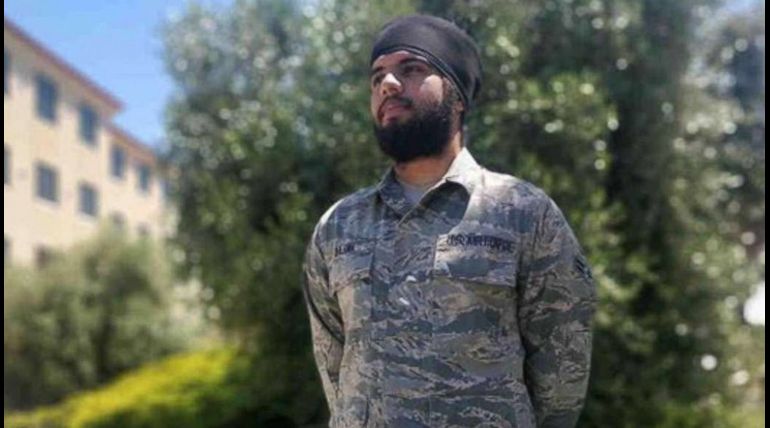 Airman Harpreetinder Singh is now the first active admin who has been authorised to follow religious grooming and dress principles while serving the United States of America. He joined the air force in 2017 and was unable to follow the practice due to the military branch's grooming and dress codes. After the air force granted him an accommodation after Bajwa gained representation from the American veterans alliance and the American Civil liberties Union.  He was very happy on hearing the news that the Air force has granted his religious accommodation.

He also said that he will be grateful forever for this opportunity Bajra also said that initially when he requested a waiver during the tech training a year ago he was never told no by the leadership.  He was extremely happy as he can practice is faith and serve his country.  In the year 2016, Captain Simratpal Singh, a decorated Singh American officer and combat veteran received the long-term religious accommodation from the Army of United States of America to serve with long hair and beard and turban.  Soon after this the army updated its regulations and directed the commanders to allow the accommodations for Sikhs.

Heather L Weaver who is a senior staff American Civil Liberties Union you has welcomed the Air forces' decision.  His words were as under, "No one should have to choose between following their faith or serving their country. We are pleased that the Air Force granted our client request and we hope that all branches of the military come to recognize the importance of religious inclusion and diversity" Bajwa, the first generation American was born to an immigrant family is now the first active admin who has been authorized to follow Sikh religious grooming and dressing principle while serving the office.