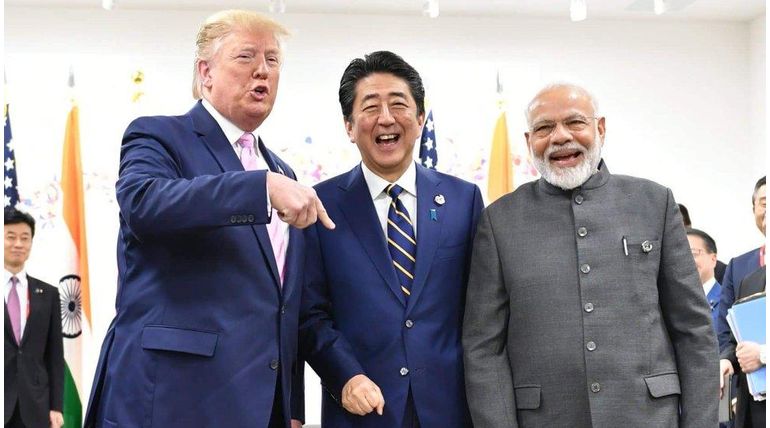 The Two-day G20 summit is to be held in Japan at the city of Osaka. Leaders of the G20 Nations had discussions on phone and US-China trade war. The leaders from European countries have said that the US-China trade war is the reason for slowing global economy. Jean-Claude Juncker said that trade relations between China and us are difficult and their contribution to the slowdown of the global economy.

The president of the European Commission has told that in his talks with the US and the Chinese authorities he was drawing information which tells that the attention is towards the harmful impact of this controversial matter is creating. The submit exactly occurs at the time when the tensions over the trade have increased especially between the world's two largest economies.

After the submit concludes the US President Donald Trump is due to meet Chinese President Xi Jinping on Saturday. However, it is expected that the US will slap for the more tariffs on Chinese product which will come as a part of America's first stance. The other issues that are expected to be discussed at the G20 summit are climate change. Japan's Prime Minister Shinzo Abe and the French president Emmanuel Macron have sought to promote discussions on climate change. British prime minister will be insisting on cooperation between Government and Tech companies to stop terrorist from broadcasting their atrocities.

However, the main issue will be Iran. Since the US full doubt 2015 Nuclear deal, the tensions between Iran and the USA have been rising. The USA has also slapped a lot of sanctions on Iran. Earlier this week, the US president has said that he would authorize response of great and overwhelming force if the Middle Eastern Nation attack anything American. During the submit Mr Xi said that the region was standing at the crossroads of War and Peace and called for calm telling that China always stands on the side of peace and opposite war. Macron said that he wanted to convince Trump and tell that it is in his interest to reopen negotiation process and go back on certain sanctions to give negotiations a chance.