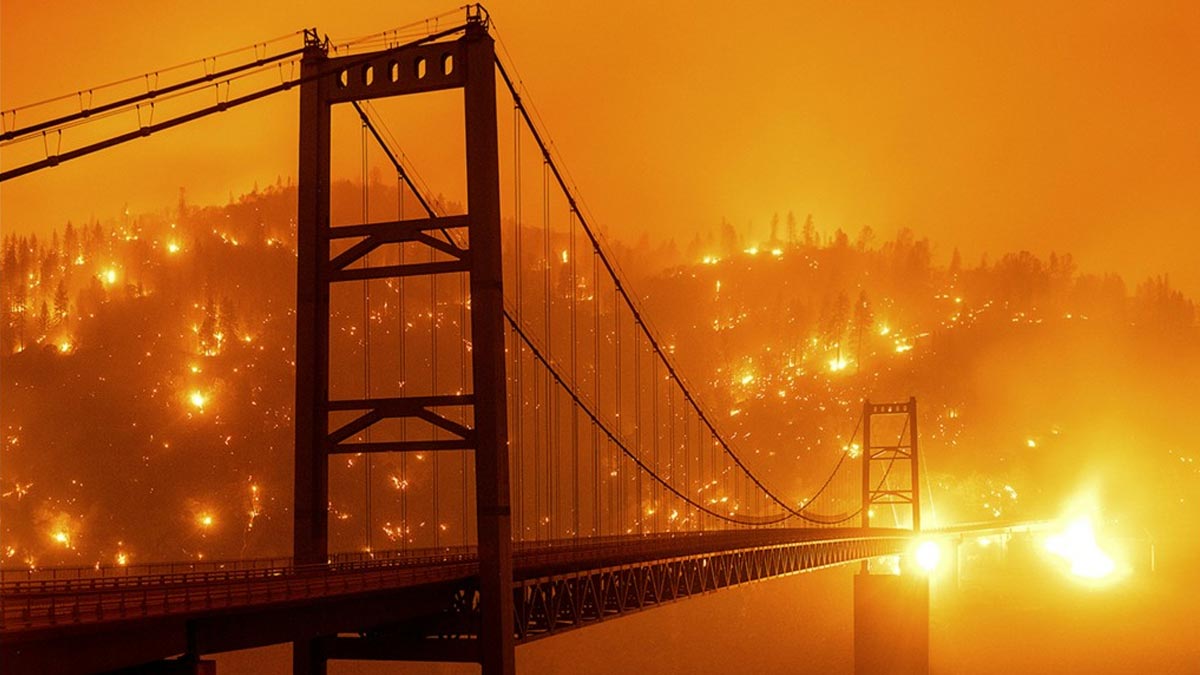 For the past week, the worst wildfire in the US's history is now spreading to California state to kill three people yesterday, September 9. It was due to lightning-sparked intense fire that spread to thousands of homes in Sacramento. It spread to 25 miles at a speed of 50 mph or 80 kmph. The Oregon governor says that this is the most significant wildfire to damage life and property in the history of the States.

California is not new to wildfire, but the current one is ferocious and is burning with over thirty wildland fires that spread to many parts. Three people's death in two locations is said to be due to a massive lightning storm on Wednesday. Already on Saturday, September 5, a fire broke out from the fireworks of a gender reveal party.

The pyrotechnic device used in the party caused the fire to raze more than 10,000 acres of land. The party was organized in El Dorado Park in Yucaipa in southern California's San Bernardino County. Authorities are waiting for the fire to subside to press charges against the organizers of the gender-reveal party.

The Salem city of Oregon sky is reddish with the smoke of the wildfire covering it. A never before seen wildfire driven by wind destroyed five small towns in Oregon. Many people are feared dead due to wildfire. They will only come to light after the fire subsidizes in Oregon.

The total area affected by a wildfire in Oregon is double the size of New York City, and the firefighters fought 35 large blazes for the past few days. During a news conference, Governor Kate Brown said that many Oregon communities, including Detroit, Blue River, Vida, Pheonix, and Talent, were destroyed by the fire.