Maruti Suzuki Plans To Make SUVs to Compete the Market 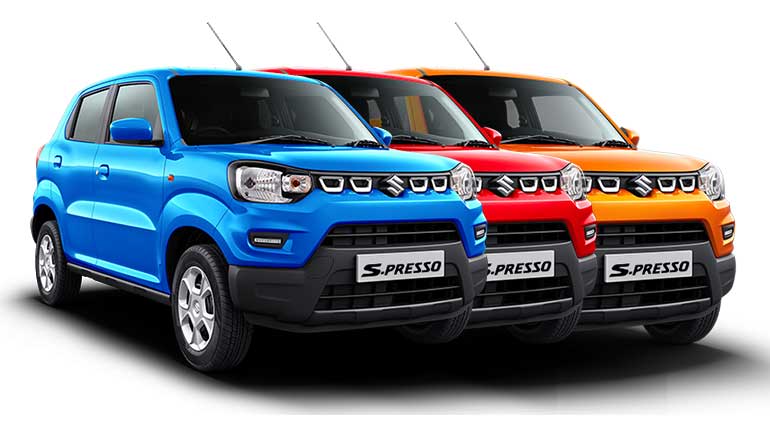 Maruti Suzuki Plans To Make SUVs to Compete the Market

Maruti extends its bailiwick to produce large SUVs to retain its market share.

Maruti Suzukiâ€™s whip hand is to make small cars, and with that, it secured a strong position in the Indian market with a 50% market share. Sensing the marketâ€™s move towards SUV models, especially towards the small car segment customers, the OEM planned to introduce SUVs for the Indian buyers.

It has already created an entry-level SUV S-presso. It expects the customers of Swift, Vitara Brezza, D-Zire, Ciaz, and Ertiga to upgrade to SUVs soon. Unless the manufacturer strategizes its plans, the beacon it holds would be snatched. For more than three decades, the manufacturer is not being displaced from position 1. The range of the SUVs can go up to Rs 20L is the base on which the company is planning to work.

The decision has come at the back of Kia Seltos and MG Hector, gaining popularity among the buyers and positioning themselves with a single-digit market share within three months since its entry. Hence, the manufacturer has plans in place to get into the â€œCretaâ€ and â€œSeltosâ€ roads. Toyota joined hands with Maruti for manufacturing mid-size SUVs, which is expected to hit the roads by 2022.

This would inherit the architecture of Vitara Brezza. A C-segment MPV is also planned to be introduced in 2023, and both will be produced in the factory of Toyota in Bidadi, although officially, it is not confirmed by the manufacturer. To highlight Baleno, Ciaz and Ertiga are re-badged and Toyota to share the credits.

The utility vehicle sales inch closes to the hatchback segment, obviates the monthly sales volume. IHS market, the forecasting firm, also predicted that UV sales would close 2019 at 38% a marginal difference compared to the hatchback segment. Also, it predicted UV would overtake by 2020. Maruti also relies on Toyota for localized hybrid solution offerings. Till now, Maruti is topping the list, but all these plans should work out for Maruti to retain its market share in the Indian market.