Actor Sivakarthikeyan Latest Film gets U Certificate and Releasing on 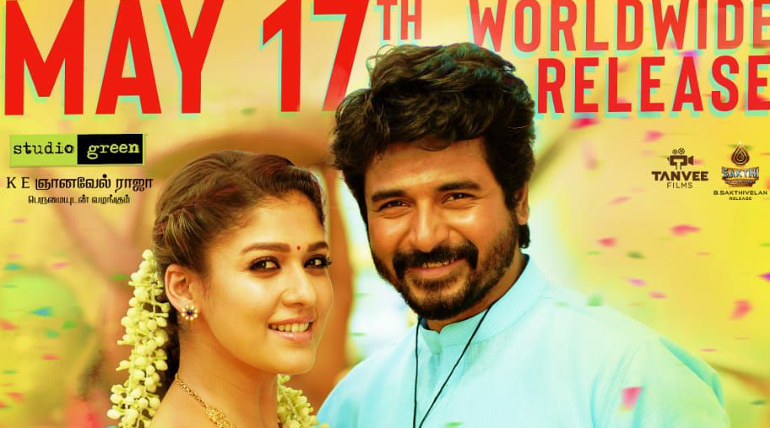 Some 7 years back around 2012, if anyone had said that TV anchor Sivakarthikeyan would become a top hero in the Kollywood film industry, then it would have been considered as a joke. Ever since actor Sivakarthikeyan acted in the film named â€˜Marinaâ€™ that was released in 2012, his name and fame began to grow in the Tamil film industry. He later acted in many films and those films have caught the attention of many and were superb hits at the box office counters.

His dedication and hard work had paid rich dividends and presently he is one of the top young heroes along with heroes like Ajith, Vijay, Surya, Vikram, Vijay Sethupathi etc. His last released film in which he played hero role was â€˜Seema Rajaâ€™ directed by Ponram and that hit the theatres in the month of September 2018, In that film, he was paired opposite to cute actress Samantha is known. The film did not do well as expected but still managed to grab the attention of many filmgoers.

The sensational news is his upcoming film titled â€˜Mr. Localâ€™ directed by Rajesh has been issued â€˜Uâ€™ certificate by the censor board. The amazing piece of information is this is the 13th film of actor Sivakarthikeyan that has been issued â€˜Uâ€™ certificate. It must be noted that in his upcoming film â€˜Mr. Localâ€™ he would be seen romancing highly talented actress Nayanthara.

Previously actor Sivakarthikeyan and actress Nayanthara acted together in a film called â€˜Velaikkaranâ€™ directed by Mohan Raja and that film was a huge hit. The expectation of this new film â€˜Mr. Localâ€™ has touched the sky high now. The information collected is this forthcoming film â€˜Mr. Localâ€™ would be released on the 17th of May 2019. Actor Sivakarthikeyan rocking.