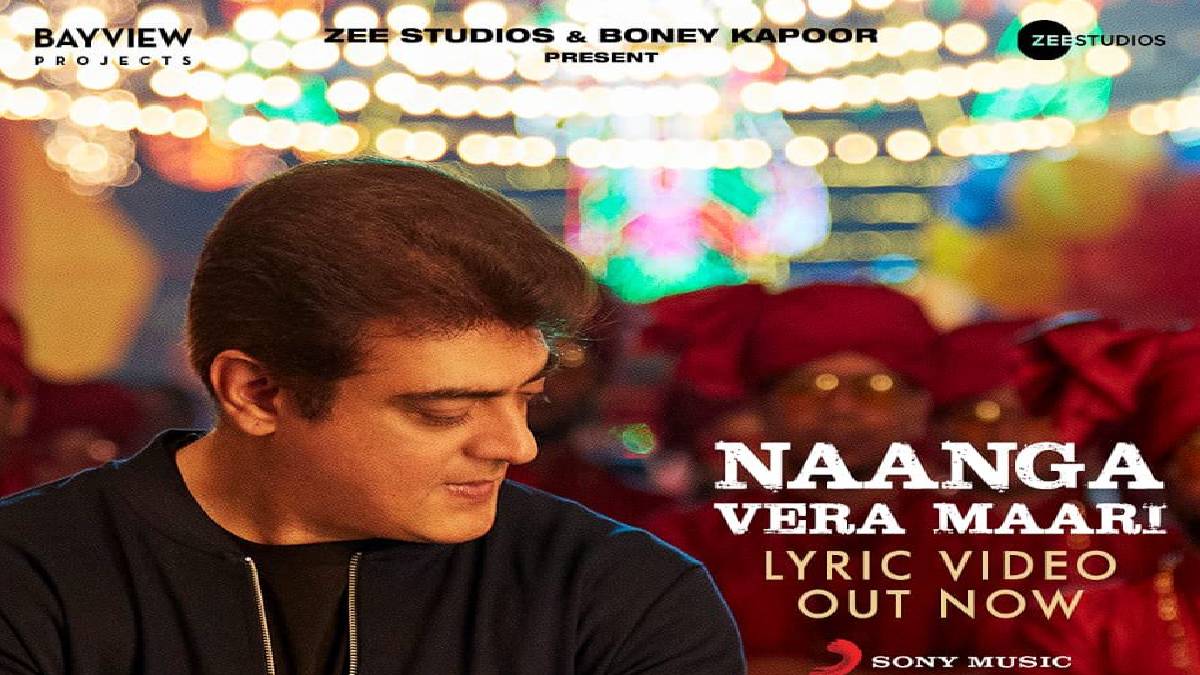 The first single of Valimai, directed by H.Vinoth starring Actor Ajith is released with heavy beats and worth noticing lyrics. The lyric video received 4.4M in just 11 hour. The song grabbed the action same as the Valimai Motion picture. Naanga Vera Maari song top the first place in the top trending video on Youtube.

Naanga Vara Mari song composed by Yuvan Shankar Raja under the lyrics of director Vignesh Shivan has come out brilliantly with heavy vibrations and lyrics. The vibe this song creates makes the listeners make moves. The song was initially said to be released at 7.30 pm, but later it was rescheduled and released at 10.45.

Ajith Kumar is paired with Bollywood actress Huma Qureshi, and the villain is Telugu actor Karthikeyan. The shooting was delayed due to the corona pandemic. Almost the shooting is over, and it is expected that the next update will be released soon. Valimai update was going viral across the world as the film crew have not released any information about the film for almost two years. And at last, the Valimai crew recently released the film's motion poster and first Look poster.

The first look poster's motion picture reached the top tren and hit with million views and numerous comments. It is still a trending topic on social media. The combo of Actor Ajith and the music composer Yuvan Shankar Raja can be felt with the BGM of Billa. And the BGM in Valimai is stunning with hefty music.

Meanwhile, Yuvan Shankar Raja has recently announced that the songs of Valimai will be released soon. The first single of Valimai (Naanga Vera Madhiri) was released yesterday as announced. The video also features song making scenes. The lyric is so meaningful which will be enjoyed by all age groups.

It was happy to see that even Vijay fans were waiting to celebrate the Valimai first single before its single. Ajith fans are celebrating the song with hashtags including #Valimai, #NaangaVeraMadhiri, #Ajith, #HVinoth, #Yuvan, and these are trending on Twitter. Information has been leaked from the crew that the Valimai team plans to release the teaser of the movie Valimai on August 15 and that a formal announcement will be made soon. And the fans are waiting for the official announcement on further updates.