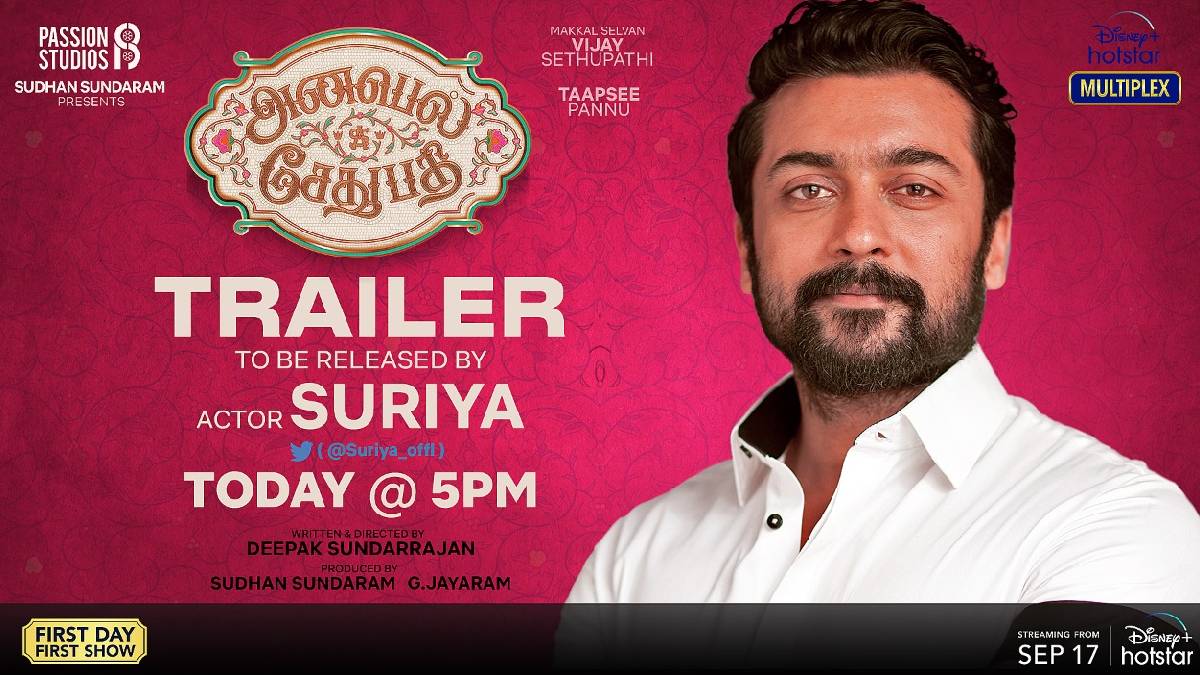 Vijay Sethupathi is coming out with many films where the posters are just popping frequently on social media. His fans are recently curious to know the updates of Annabelle Sethupathi, where he is playing a double role in the movie. The Annabelle Sethupathi trailer will be released today by actor Suriya.

The first look poster o this Annabelle Sethupathi movie was released on August 26 and gathered a good response. The film is directed by Deepak Sundar Rajan, produced by Sudhan Sundaram and G. Jayaram. Bannered by the production companies Passion Studios.

The film is going to be a horror-comedy plot that builds with a royal setting and ambience. 'Annabelle Sethupathi' will be released simultaneously in Tamil, Telugu, Hindi and Malayalam. The photos of this film are going viral on social media. The first look poster conveys that makkal selvan Vijay Sethupathi is going to play the role of  King, whereas Taapsee Pannu will be a Beautiful British lady.

The film combines with many famous Tamil comedians, namely  Yogi Babu, Subbu Panchu, George Maryan, Devadarshini and Madumitha. Along with them, Actress Radhika is also doing the lead role. The film is going to be filled with entertainment.

And it has been announced that Actor Suriya will release the trailer of this Annabelle Sethupathi movie today by 5 PM evening. The fans are delighted to watch the trailer as the look of actor Vijay Sethupathi is different this time.