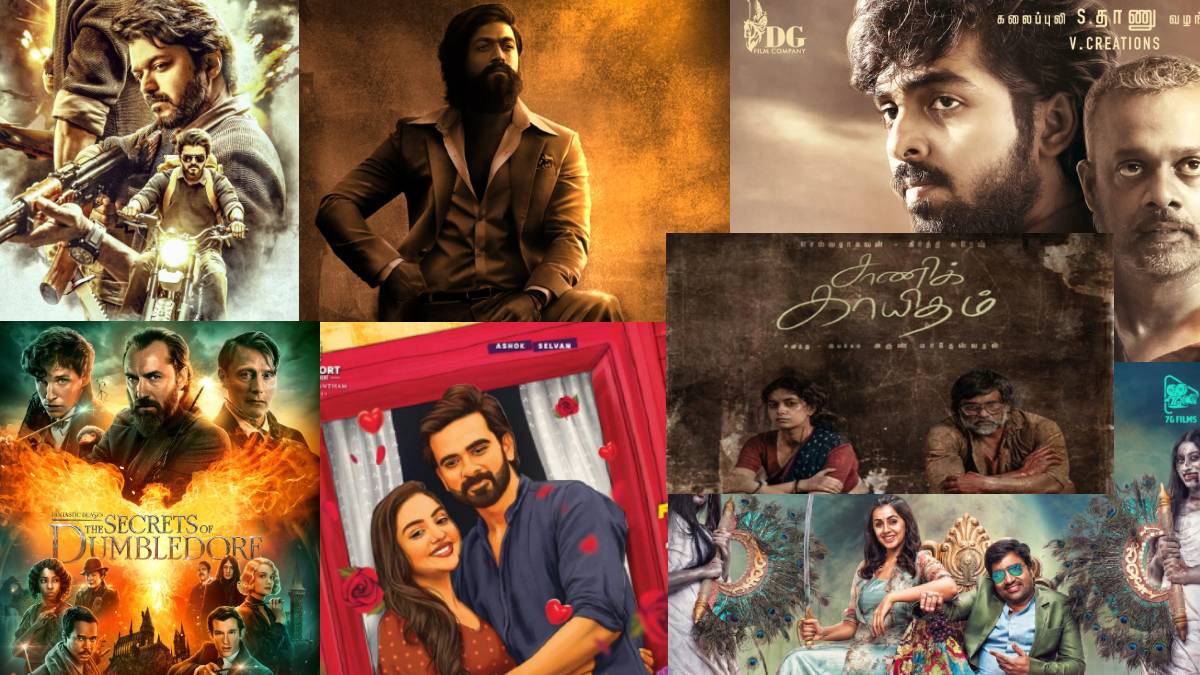 The list of OTT and Theatre release movies for the month of April 2022 is almost out, and a few movies are already on screen. The most awaited movie of Vijay's Beast and Yash's KGF Chapter 2 is set to release this month. Let us now check into the OTT and Threatre release movies.

Fantastic Beasts: The Secrets of Dumbledore, directed by David Yates, is ready to release in Theatres in Tamil on April 8. At the same time, Etharkkum Thunindhavan released a Tamil movie starring Suriya directed by Pandiraj is ready to stream on the OTT platform Netflix on April 7 and also on Sun Next.

The most anticipated pan India movie, Beast starring Vijay, directed by Nelson Nelson Dilipkumar, is scheduled for theatrical release on April 13. At the same time, Yash's KGF Chapter 2, directed by Prashanth Neel, is releasing on the next day of Beast, which is on April 14. It is expected that these two Pan Indian movies Beast and KGF 2 will have heavy competition in taking over the box office collection.