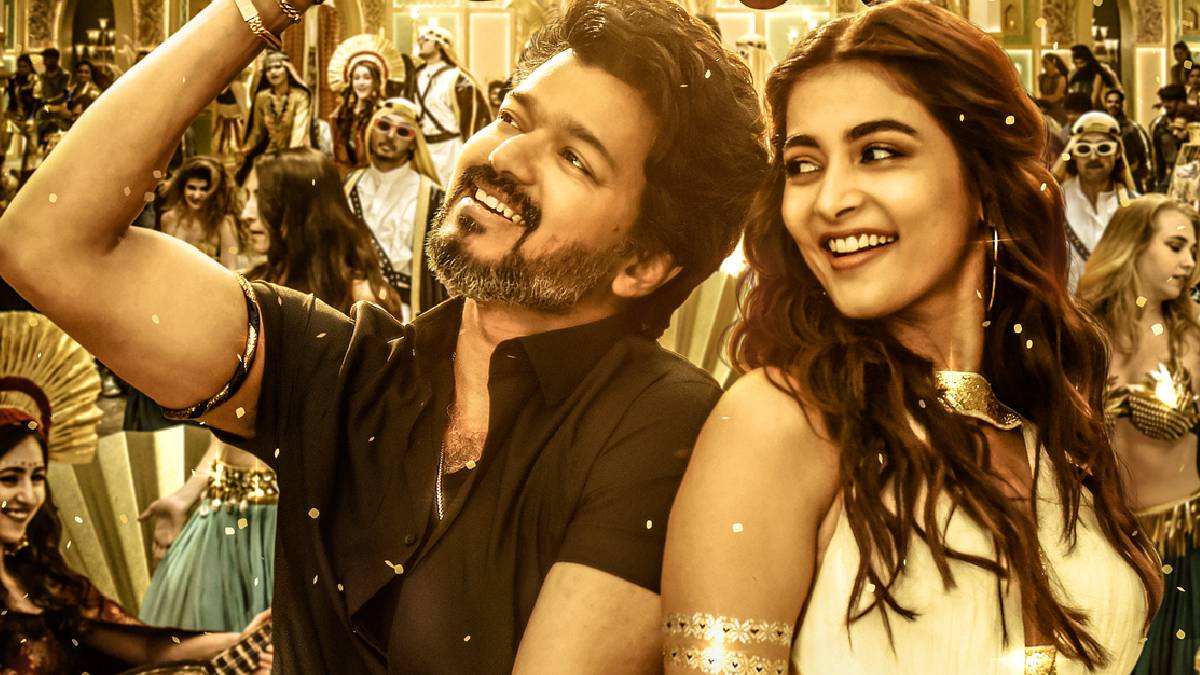 The title of the Beast movie, also known as Thalapathy 65, and the first Look poster were released last June on the occasion of actor Vijay's birthday. This was followed by a photo taken during the 100th day of filming of Beast and a photo taken during the final day of filming, which went viral on social media. Fans were constantly waiting for other updates on the Beast movie.

In this case, the film crew had announced that the first song of the movie Beast, 'Arabic Kuthu', would be released at 6 pm on the eve of Valentine's Day. The promo was released a few days ago and was well received by the fans. Director Nelson, music composer Anirudh and actor Sivakarthikeyan were featured in the promo video. Vijay was talking to them on the phone. The fans were excited to hear this.

Following this, an Arabic Kuthu song was released at 6 pm yesterday. Released as the first single from the movie Beast, the song has been a huge hit with fans. In this situation, Vijay's Arabic punch song has broken the Nanga Vara Mari song record in the movie Valaimai starring Ajith. The  Arabic Kuthu song has received over 18 million views so far, with over 2 million likes. This song hits the top trends on Youtube videos with comments and likes.